This past week was vacation time for the April program at my Chungdahm branch. My itchy feet have been looking forward to this vacation for quite some time, and I was ready for a refreshing break. I took off to explore a small part of the beautiful and vast country of Mongolia. Prior to my trip I didn't know too much about the landlocked country; I associated Mongolia with it's nomadic people, Gobi Desert, and Ghengis Khan. I chose to travel there after reading travel blogs online and seeing pictures of Mongolia's wide open landscapes. As much as I love living in Seoul and teaching in Korea I was craving some recess from the concrete jungle as well as some fresh air. I also wanted to learn about nomadic culture, drink fermented mare milk and sleep in a ger. Mongolia definitely delivered. After my week traveling throughout Southern Mongolia I can't say enough about how wonderful a country Mongolia is. The people were SO friendly, the food was great, and the scenery impressive.

After booking my flight to Ulaanbaatar (the capital of Mongolia, commonly referred to as UB) I found a hostel to stay at called the Golden Gobi. The Golden Gobi had a reasonable rate, and also ran tours which appealed to me. I found most travelers spending time in Mongolia had more than a week there, as traveling throughout the country in a short period of time is traveling due to the transportation- which mainly consists of lengthy van rides. However, the Golden Gobi was able to offer shorter tours for those with less time. They offered airport pickup, and the staff was accommodating and kind. The flight to Mongolia was around three and a half hours, leaving from Incheon International Airport.

On Sunday, the 7 day Gobi Desert tour departed South in the morning. I was very lucky to be surrounded by a wonderful group of people who were super easy to get along with. The week somehow flew by! The first day involved a lot of driving (more often than not on dirt roads with some less than desirable pot holes). We saw the Baga Gazriin Chuluu granite rock formations which were a strange sight in the middle of nowhere. The highest peak was 1706 meters above sea level! I was amazed to see the same succulents I have in my apartment growing throughout the formations. Our tour guide spoke English fluently and was constantly giving us information about Mongolia's incredible history.

Six out of the seven nights we slept in gers, portable circular tent dwellings that Mongolians have lived in for hundreds of years. In fact, it is estimated that half the population of Mongolia still chooses to reside in gers. As explained to me, the ger is central to Mongolian identity, and are packed up within an hour and a half when families move. I learned that traditional nomadic people will follow their herds and move four times a year, with the seasons. Gers are incredible. Warm and cozy, thanks to a stove in the center during the winter, yet cool and breathable in the summer. Some modern gers even come equipped with electricity. Gers are all set up to face South, with the "men's side" as the West side, and "women's territory" on the East. I loved each night we slept in the gers. Something about them feels incredibly cozy and comfortable, and it was pretty neat to experience part of a hundred year old culture that is so important to the Mongolian people. During our first ger experience I got to snuggle next to a day old baby goat who was hiding under a bed! 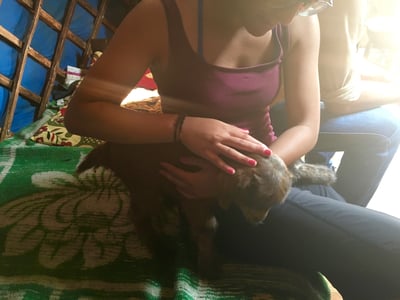 Each time we entered someones home in Mongolia we were offered a selection of milk (I tried camel, goat and even horse!) as well as some curd and pastries. Pastoral herding is ingrained in the culture, and provides staples of the Mongolian diet such as dairy products, and meat! While in Mongolia we ate lots of vegetables, as we were with a guide, however we were able to have various kinds of traditional meats.

My favorite meal was the Mongolian barbecue, which is mutton cooked in a hot pot filled with searing hot stones, carrots, potatoes and onions, as well as various spices. The meat soaks up the flavor throughout the day, and fills the ger with the most amazing smell. So good! Also, everyday we had some sort of dairy, whether it be via fresh milk, yogurt, kefir, or some kind of cheese. I don't think there are many lactose intolerant Mongolians. 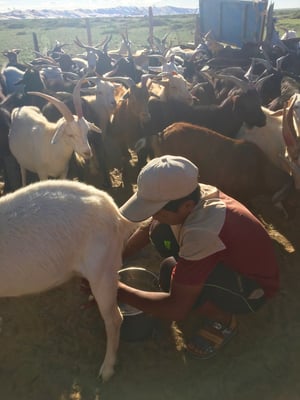 One of the biggest surprises to me was how hospitable and kind the Mongolian people we met along the way. Everywhere we went it seemed that people were eager to catch our eye and smile, or stop and chat. The families that owned the gers/herds we stayed with were always sweet and happy to offer us whatever we needed during our time together. I learned that Mongolians travel without their gers and often leave them unlocked, so that they're available for passerbys to stay in during their absence.This culture of kindness to complete strangers left a lasting impression on me. During one of our stays, I wandered over to a watering trough to watch the goats and sheets get herded in for a drink. After spotting me staring, an old farmer got off his horse and motioned for me to get on instead. I helped herd the cattle in and we attempted to talk via butchered English and hand motions. I thought it was so sweet of him to go out of his way to chat with me and allow me to ride his horse. 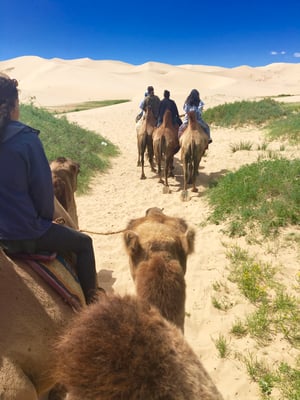 Before I finish up: Don't Forget... 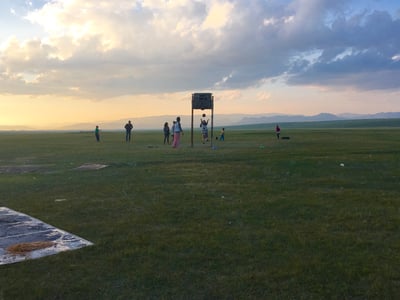 Mongolia is such an amazing country, I only wish I had more time there. There is so much more to see- from the alpine region that borders the forests of Siberia in the North, to the remote forests, lakes, and rivers in Western Mongolia, not to mention the families that hunt with eagles and the reindeer herders. I would highly recommend Mongolia to those with an adventurous side who won't be disturbed when day four rolls around and you still haven't seen running water or a toilet. It's a great country for those teaching abroad in Korea, due to the short flight. Personally, Mongolia felt like the ultimate WiFi free escape that provided some time for reflecting and learning surrounded by the beauty of nature. I hope one day you wind up there as well! 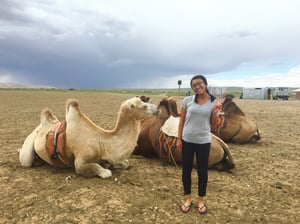 If you decide to teach in Korea and looking for a place to visit that is a short airplane ride away from Korea, I highly recommend Mongolia.