As a lifelong Massachusetts resident, I am used to confusing weather patterns and abrupt temperature shifts, but South Korea’s weather-related bi-polar disorder brings it to a whole new level. A few weeks ago we had a relatively warm spell of weather, which caused me to dare to hope that perhaps the worst of the winter was over. Obviously that was foolishly optimistic thinking, as this week we have been slammed with a particularly chilly blast of air, just to remind me that winter in Korea is far from done. Personally, I hate cold weather, so it definitely makes it more difficult for me to actually get out of my apartment and be social. But the best remedy for those winter blues is spending time with friends, so I figured I would share a few of my favorite winter activities in Korea to help you get through these frigid few months. 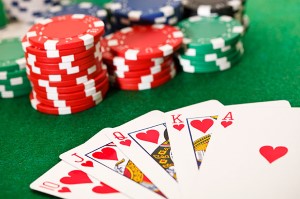 Sometimes we all have those nights where we just don’t want to even leave the apartment. Luckily for yours truly, most of my friends actually live in my apartment building, so staying in your apartment is a simple and often welcomed alternative to going out to Timeworld or one of the other nightlife spots. It actually has a bit of a nostalgic feel for me, since I spent many a weekend night in college just hanging in the house with the roommates. Typically, these Daejeon apartment hangout sessions do involve a bit of alcohol, which honestly is to be expected in this country. We all enjoy cards, so often we will put together poker tournaments, accompanied with the customary swearing and brief flashes of anger that inevitably flare up in Texas Hold ‘em. Much to the dismay of my mainly male friends, the last few tournaments have ended with the lone female winning, which put a dent in our collective masculine pride to say the least. Our apartment nights also inevitably end with a FIFA binge, which is always the highlight of any get together in the officetel. I am pretty sure our neighbors think people are getting murdered or tortured on a regular basis in our room, just because of the amount of loud screaming constantly taking place. 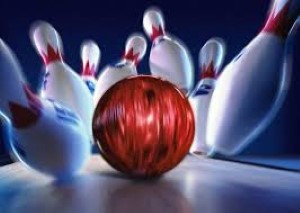 When I do make the foray into the icy wind tunnel that is the streets of Daejeon, there are a few destinations that always come to mind. First, and probably most obvious, is the classic cozy café, which is ubiquitous in this country. Spending a cold night relaxing with a coffee (or in my case hot chocolate) and a few friends is quite enjoyable at this time of year. Another favorite activity of mine is bowling, which I have surprisingly not covered in any blog thus far, even though it is something that I do quite frequently. Bowling is pretty cheap, and the staff has no problem with you bringing in your own food and drinks (well maybe they do have a problem but are just too shy to confront the foreigners about it). Finally, checking out a movie (which I have covered in a previous blog) is another pastime that I have grown quite fond of in this country. 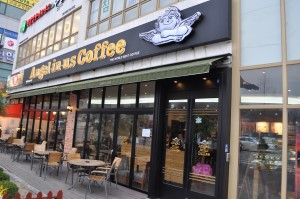 Well, there you have it. This blog isn’t exactly rocket science, but if you hate winter as much as I do then you are just trying to make it through the cold months with your sanity intact. So pick up some of those lovely fur lined pants and shirts from Uni-clo and hunker down until spring.