The summers in Korea can be rather hot and humid. While I was born and raised in sunny California, the difference is the humidity. In California are hot and dry. Thus, as the humidity is finally coming in at full strength, I quickly planned a weekend trip to the coast!

In the past, I’ve traveled to several popular coastal locations - Gangneung, Samcheok, Yeosu and Jeju. However, this time I wanted to seek out a lesser known area. Thus, I choose Taean - specifically Anmyeon! It is only two and a half away from Seoul’s Express Bus Terminal in Seocho-gu, Seoul. So as I like to do, I’ll break down the highlights of the trip.

So more information regarding the transportation, once one arrives to the Express Bus Terminal,  there are two bus options for going to Anmyeon Bus Terminal. They are both bus options, however, one is more expensive than the other. The more expensive bus is 20,000won, while the more economical option is 11,000won. The difference between the two buses is the spaciousness of the seats. Obviously, the pricier option has more spacious seats, reclinable chairs and additional leg space. I took a 20,000won bus for my trip to Taean and an 11,000won bus for the trip back. I find that is worth it to pay more for a really comfortable trip. 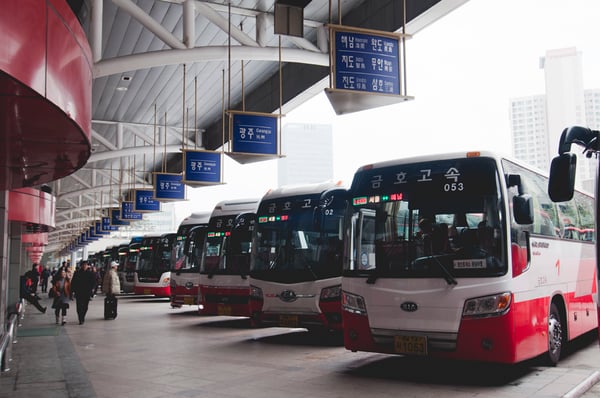 Korea has great mudflats! Taean has some of them. There, once the tide is low, the waters recede very far back. This is the perfect time to grab a bucket, shovel, and SALT! Many people do digging in mudflats to collect clams and other shellfish. So why the salt? There are some sea creatures that leave little holes on the surface of the mud. They are so easy to get, because if you pour salt into the holes, they pop out on their own! Then, you simple pluck them out and throw them into your bucket. There are so many crabs, too! My friend had to fight two of them that were trying to fight him off. It was hilarious. Everything you collect, you can steam, grill, or whatever cooking style you wish to do, so that you can enjoy your harvest for dinner. It’s all a part of the mudflat experience. 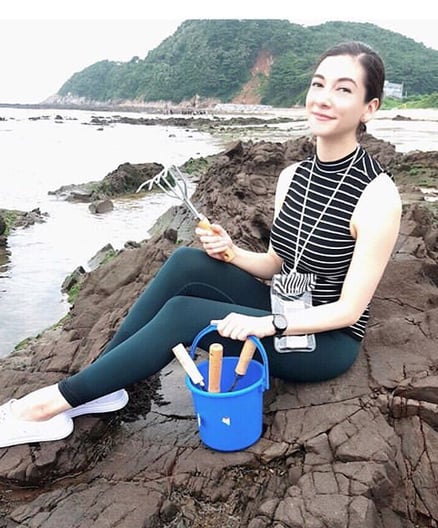 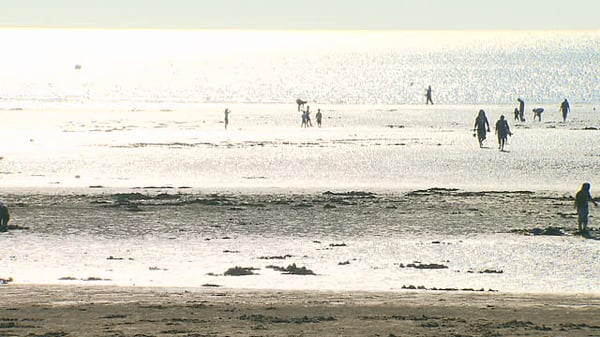 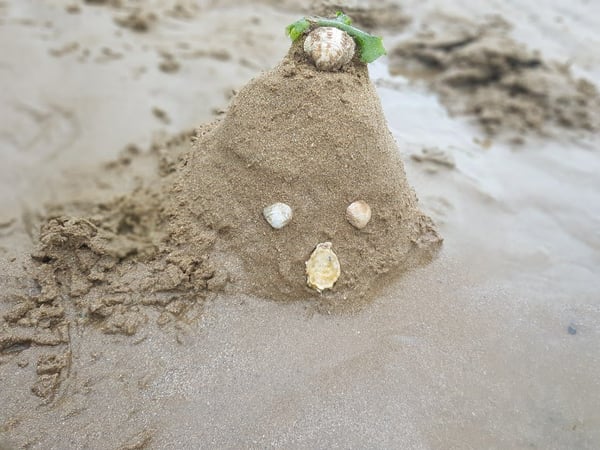 The region of Taean has many gorgeous forests and beaches. It’s awesome that one of the attractions in the area is taking A.T.V tours. I bought a 50 minute experience that cost 25,000won. There were different experiences to pick from that ranged in time. I picked the shortest option, but I was not disappointed! I got to go through some rough forest terrain and across the beach. There was a portion where I got to go over several small sand dunes. For me, the forest terrain was muddy and there were many puddles, since it had rained during the night. I loved it! At first, I was worried about my shoes, but by the end of it, I was purposely going through puddles with speed. 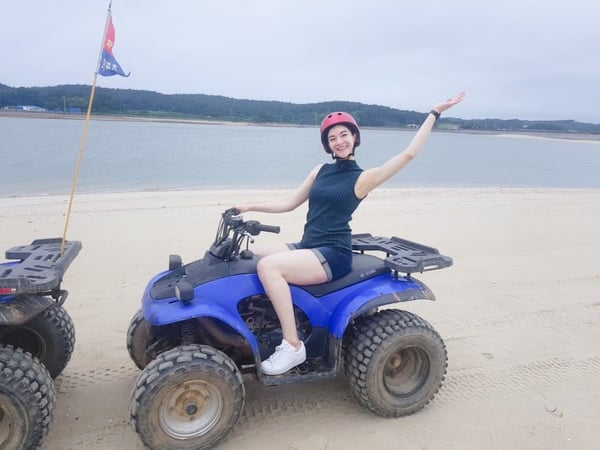 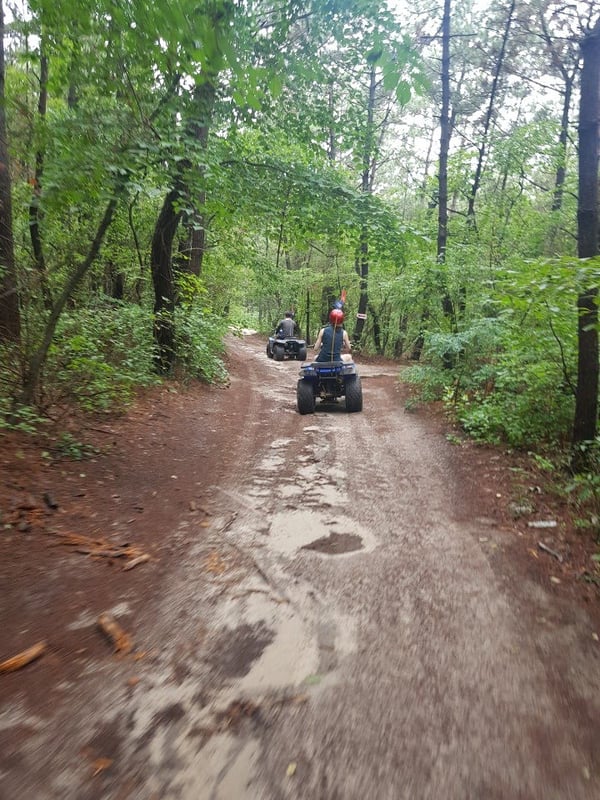 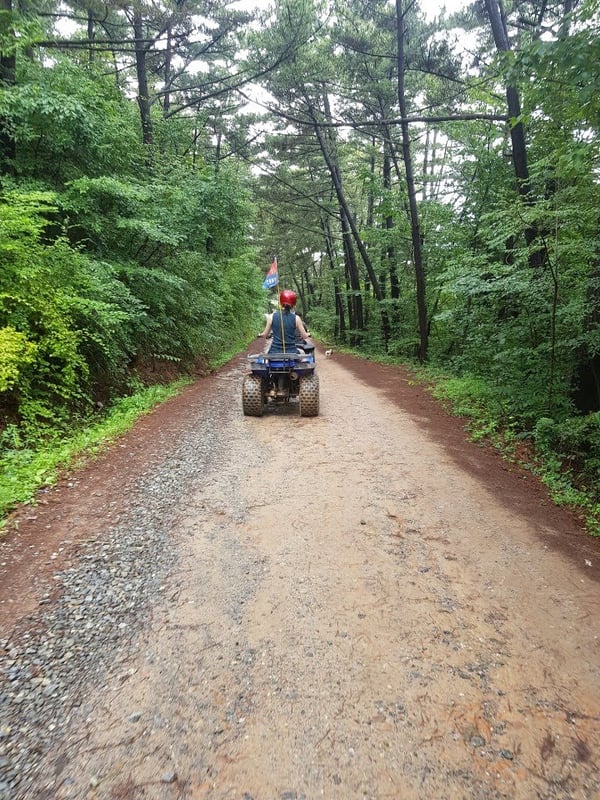 One can never go to the coast and not enjoy the fresh seafood! After arriving to Anmyeon, the first thing to cross off my ‘to do’ list was eat some marinated crabs! They are called ganjang-gejang and they are raw crabs marinated in soy sauce. There is also a style where it is marinated in a semi-sweet red sauce - both are equally delicious in my opinion. In Seoul, this dish is expensive. However, whenever one visits the coast, there are huge set menus that get one so much seafood, side dishes and always a fish stew. The set I purchased was 70,000won for two people at a restaurant called 딴뚝통나무집. I’ll add the address below. 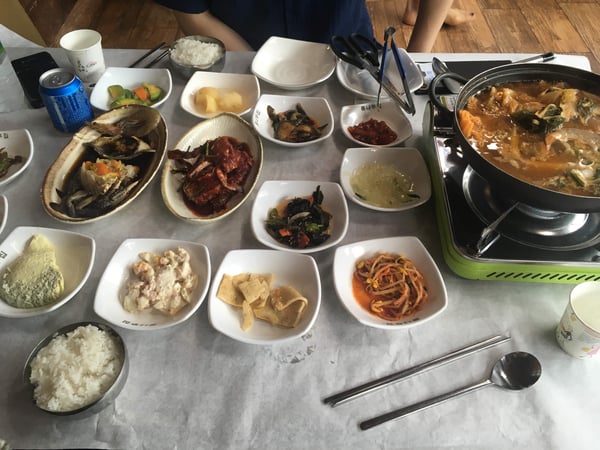 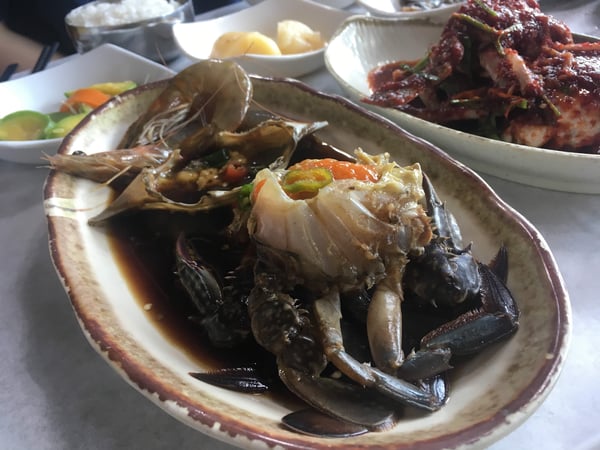 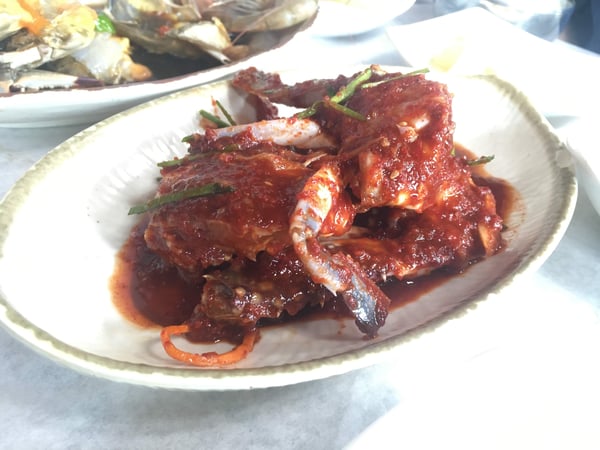 There are two more dishes that I really enjoy eating when visiting the coast. The first is like a seafood bibimbap called hoe-deopbap(회덮밥). The other dish is like a seafood cold noodle dish called mul-hoe (물회). These are individual dishes. They both only cost 10,000won each. I found it to be an even better deal where I had it, because I had a great beachfront view. The restaurant is called 밧개횟집. I’ll add the address below. 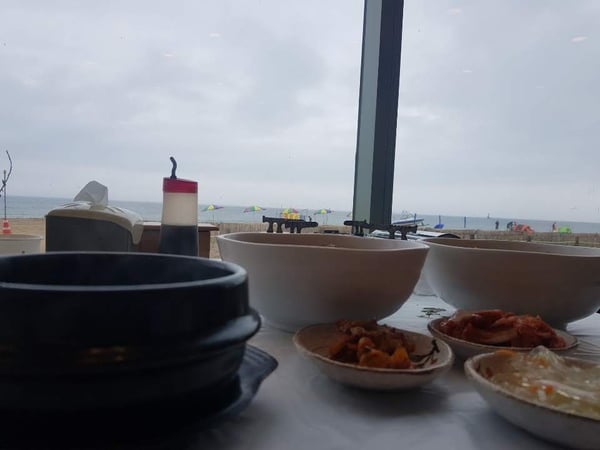 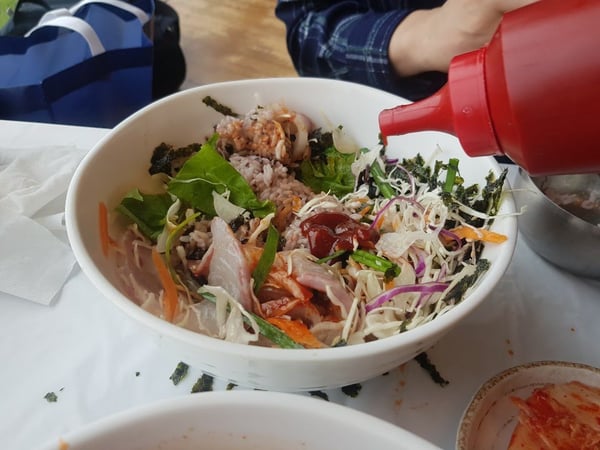 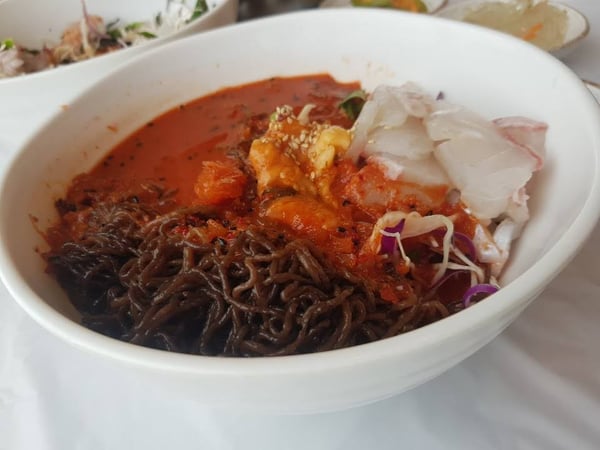 The gem of the trip though is hands-down the fish market near the bus terminal - 안면도수산시장! Inside are so many merchants selling fresh fish that one can take home, grill and eat there, or have cut sashimi style to eat there. The freshness and price cannot be beat. It’s not a fancy restaurant, but the experience is charming. Also, there are vendors selling fried seafood! That’s what I enjoyed the most. I had some as a nice snack before my bus ride back to Seoul. The address is located below. 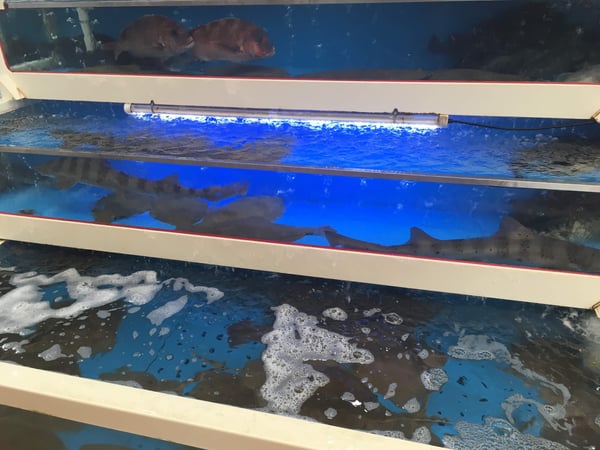 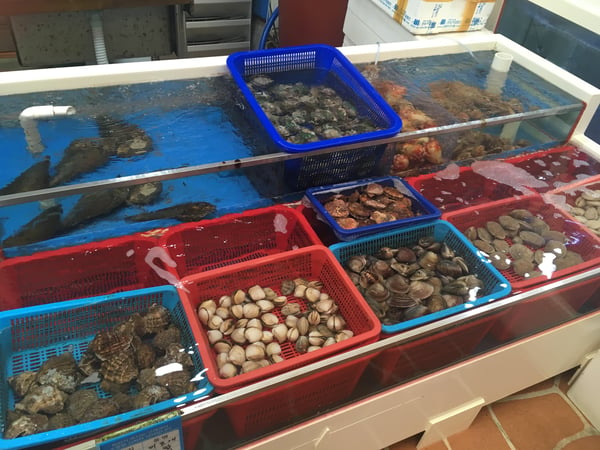 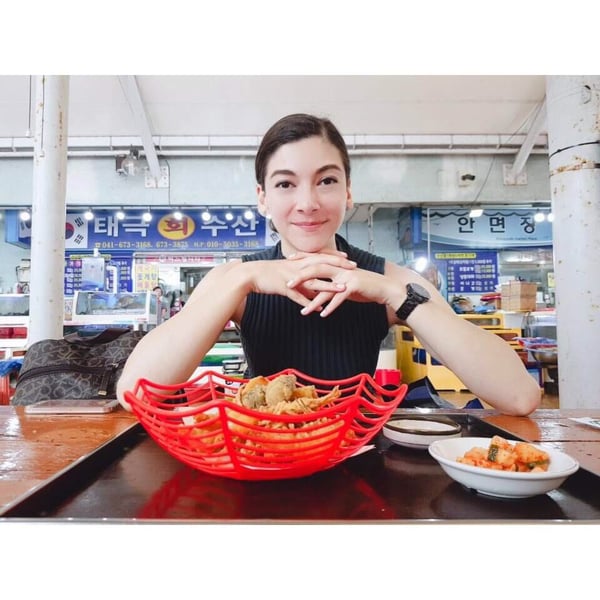 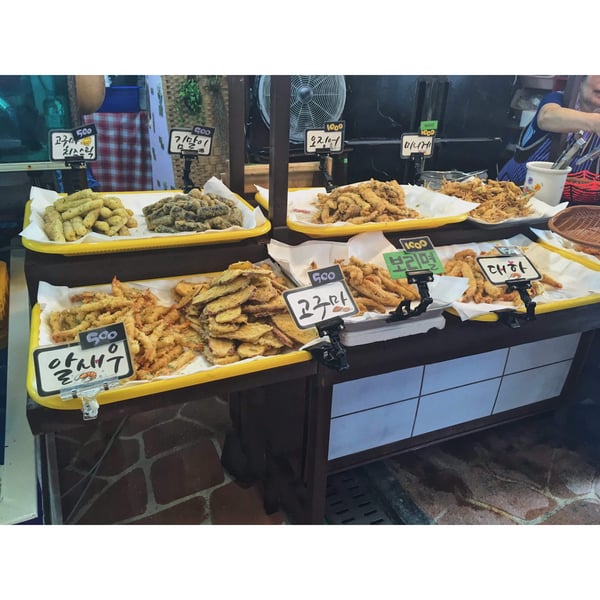