I finally made it to Korea almost 24 hrs after leaving my house. That’s of course including getting to the airport and all of the waiting in between and before flights... but with the help of CDL, government and airport officials, I ended up exactly where I needed to be-- and you will too!

This was just my experience. You could have different hurdles, but based solely on what I have learned, I will also be sharing some useful tips.

Once I arrived at the airport, I lined up where there are QR codes to download the self-quarantine app. I would recommend scanning it to make sure you have downloaded the correct one because some people had said they were told to download a different one in their home country.  Here is a picture of the QR codes and what the app looks like, just to be sure. 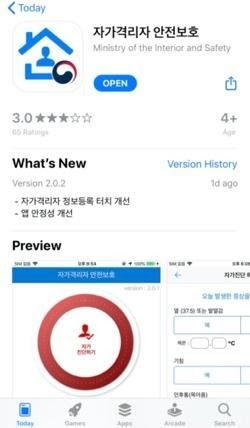 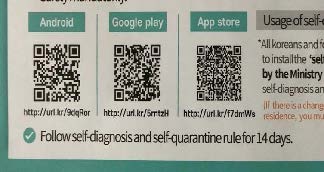 At the end of the line someone checked my documents and temperature and handed me a lanyard to wear around my neck until I exited the arrivals section.

Next, I was directed to an official who checked I had the app downloaded and filled out. You’ll need to make sure you put in the address you’ll stay at during quarantine (not CDL’s address!) and they can help you from there. If there is anything that needs to be translated, they can contact one of the managers at CDL who will be on call if you run into any hiccups. For me, I didn’t have the correct address written and although there was confusion, the officials were very calm the entire time and willing to help.

By this time I was the last person in line, but the officials were very patient and helpful and didn’t seem bothered at all that I was taking up their time. They re-did my documents too and even made small talk. I felt more relaxed and calmer based on the way they handled the situation!

Once everything was sorted out, I was instructed to go to an area to the left to fill out several more documents. One of the officials even walked me to it and explained what I needed to do when I got out of the baggage area and also about how the quarantine process would work. After then going through immigration, getting my bags, and exiting into arrivals I handed over a few documents and my lanyard to more officials.

I was then asked to step over to a booth to request either a taxi or a bus. I was always under the impression that I would need to take a bus, so I just asked if the bus would take me to a testing facility before the hotel. They said yes and directed me to wait in an area before someone else directed a couple of us to where we bought a bus ticket.

The people at the ticketing booth didn’t speak great English, so I just showed them the address of where my hotel was. They then knew that I wanted to go to Seoul and where in Seoul I should buy a ticket to. It was 16,000 Won. 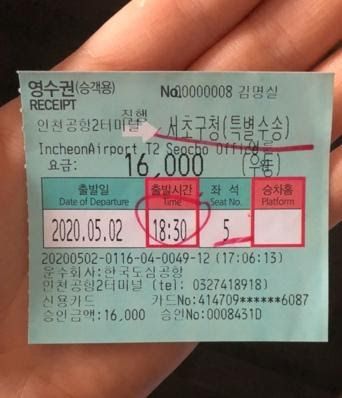 They told me the gates for the busses were just around the corner. I walked over and more officials were there to ask where I was going. They pointed me in the direction of the busses going to Seoul where I then had to sign in and put down the address of where I was staying. It was all in Korean, so luckily the man there knew the hotel and filled it out for me. He told me to take a seat and wait about 45 minutes until the busses arrived.

When they arrived, we were all instructed to make a line in groups of where we would be getting off. I was listening for my stop (which was Seocho) and once I heard them say it, I knew to get in line, but the official also at that point got my attention to make sure I got in line.

Once we were all on the properly assigned busses, it took about an hour to get to Seoul. They made stops and dropped people off. The driver wasn’t always announcing the stop, so I was waiting until I saw two people that were in the Seocho line with me back at the airport get up. Once I saw them get up, I knew to also get up, but the driver also decided to announce that stop, so I was definitely sure I was in the right place.

We all got our luggage and were taken to a pop-up testing facility for our COVID tests. No one really spoke much English, but it was easy to follow along with what to do based on their gestures and what others were doing. There was some paperwork to fill out that was all in Korean, but they helped as much as they could, and had a girl that was there who was also getting tested help me because she spoke English. Another example of how nice Koreans are! 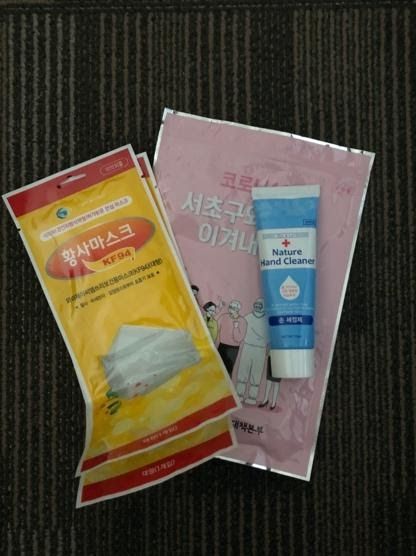 Once all that was done, those that were also staying at the same hotel that I was staying, were directed to a van that would drop us off at the hotel. The facility also gave us two masks and hand sanitizer as we left. I asked questions throughout and showed them my address, just to always be sure I was going to the right location and doing the right thing.

We arrived at the hotel, they didn’t speak English, but they translated as best they could, and I had them call the manager at CDL (the manager had asked me to do so) just so everyone was aware of what was happening. The hotel also allowed me to use my credit card as payment, so no stress there. I got into my room and the two weeks of quarantine began.

Christy Connors is from the Chicago area in Illinois where she also attended Columbia College Chicago. Shortly after obtaining her degree she set off traveling and ended up teaching English in China for two and a half years. While in China she was able to see different parts of Asia, but South Korea quickly became her favorite destination and the process began of making her way to becoming an English teacher for Chungdahm Learning in Seoul, South Korea. While she's only been teaching in South Korea now for a short time, she couldn’t be happier with her decision to make the move. Some of the things she quickly came to love about the country include the friendly and helpful attitude of everyone around, the ability to get around and explore easily with public transportation, the amount of things available to do both indoors and outdoors, the shopping, the food, and of course the cafe culture. Coffee, coffee, coffee!  Enough said. She definitely can see making Korea home for a good amount of time.