Living and working in Seoul, I am constantly flooded with questions and inquiries about the situation with COVID-19, and rightfully so. People are stressed, confused, concerned, anxious, or a mixture of all the above with a dash of existential doom. Friends and family are consistently surprised by my lack of news on the employment front, and that is all due to the way that Chungdahm has handled this pandemic. 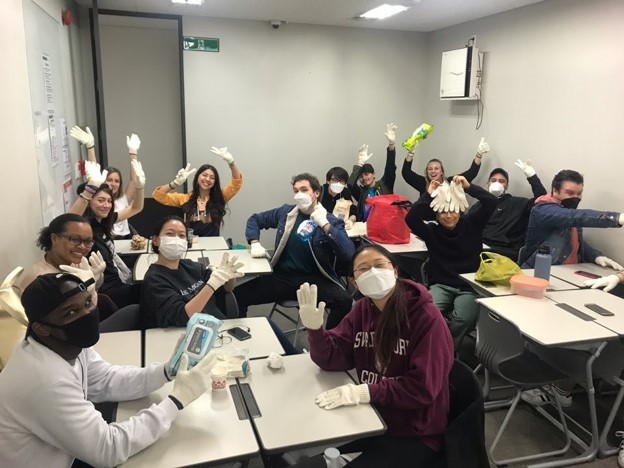 When I arrived in mid-February, things were already escalating but the daily newly-infected numbers weren’t in the hundreds. So although I was stressed, it seemed under control. (It was not for long.)  A week into being back, it surged to three hundred, four hundred, and even five hundred new cases a day. We’d have meetings at my branch, preemptively ready to start the spring term with business as usual, simultaneously running around an hour by hour basis, frantically checking naver for updates. We arrived on Monday of week 1 ready to teach, with masks, sanitizer, and nerves in tow, but at our opening meeting, our Faculty Manager told us that the branch decided to cancel all classes for the week. This was a huge relief for me because I was working at the training center in the mornings and stress sanitizing the training room every thirty minutes, on top of the general stress of everything getting more and more terrifying. 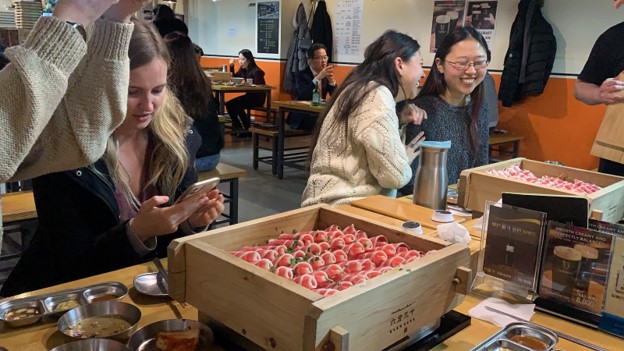 Our FM told us that we would be paid at least 70 percent of our salary for that week, but we ended up getting paid full. This was incredible considering we had zero teaching hours. Many branches didn’t have their instructors come in at all for the rest of the week. Our branch ended up having us come in to do administrative work, classroom cleanups, and other various troubleshooting, which was really enjoyable because it made us all feel more prepared for when we would eventually open up again. Not to mention, we were able to get free dinners and hang out in the school and release all our pent up energy. 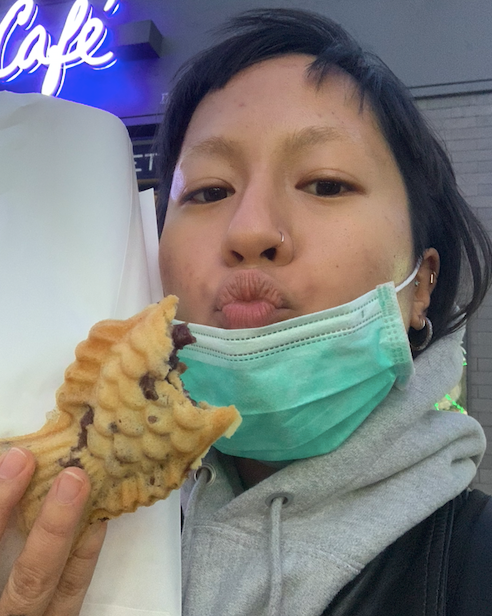 As the numbers went up, I got more and more nervous that we wouldn’t be teaching come week two and three. Having put all my savings into my housing deposit, I was especially worried. However, HQ swiftly decided to bring everything online. This was reassuring both financially and emotionally for me, as I was anxious about being around so many people, especially students, as the numbers continued to explode. Chungdahm introduced me to the beauty of Zoom. I will say that learning the ins and outs of Zoom took trial and error from everyone at the company, but it was incredible that HQ was requiring feedback from all the branches in order to streamline our techniques and to give tips on how to improve classes. We spent the week doing mock classes with each other, figuring out wifi problems, with countless LAN cables, modems, and passwords circulating between us. To be honest, the entire process of acclimating to online classes was very stressful. The concept of keeping elementary and middle school students attentive and enjoying themselves on a three hour video call was daunting, but I’d take that any day, especially considering what others have gone through.

I have friends and acquaintances from other academies who did things such as dock their pay for those weeks, make them take their paid vacation days, force them to sign revised contracts with reduced rates and hours, with the worst being firing the employee or shutting down the academy completely. Chungdahm did none of this, with the only alteration being pushing back the term one week because of that initial delayed week. We’ve had to make lots of adjustments and some sacrifices like not having company dinner for the term, but those are tiny details compared to the big picture. As I look at how the world is unfolding now, with many friends and loved ones getting laid off all over, I am continually thankful to even have this job, and to genuinely feel cared for by the company I work at. Who knows what will happen next, but I am counting my blessings, face masks, and zoom meeting IDs in gratitude.