Three Things I Miss about Fall in Korea

Fall has arrived in Boston and I feel a sense of longing for my former home: Korea. I lived and taught in Korea for roughly three years and my experiences had a profound impact on me. Fall in Korea is when the nostalgia really starts to kick in. Here are a few things that I miss about Korea in the fall. 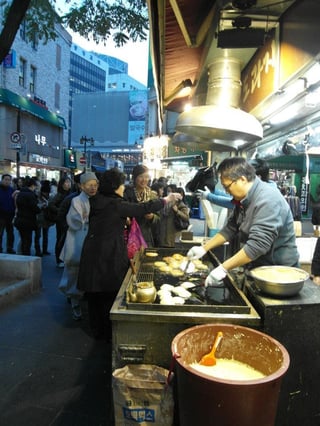 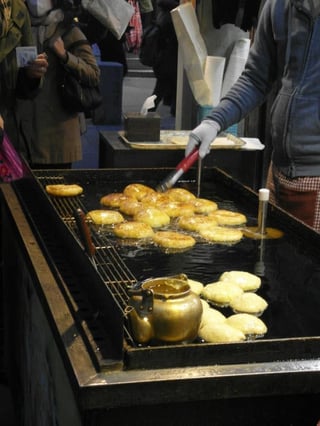 Hotteok is an amazing food sold on the streets in Korea. It is especially amazing when it’s cold outside.  Hotteok is a syrup-filled pancake that is pressed into a flat circle while it cooks on a greased griddle. The molten syrup is made from some combination of brown sugar, honey, chopped peanuts and cinnamon. A Hotteok is steaming, juicy, and sweet and depending on who makes it, it can be chewy or crispy. Hotteok, the size of a donut, cost around 1000 won at street vendors near markets and downtown areas.

My absolute favorite Hotteok was sold from a little vendor called sambodang (삼보당) in the Insadong neighborhood of Seoul. Assuming the location hasn’t changed since I lived in Korea, take exit six from Anguk station then walk down the narrow street of insadong-gil. Sambodang is the stall with the maroon sign (and most likely the long line of customers). Nothing beats a warm Hotteok on a crisp fall day. Enjoy – but be careful. You just may burn your lips off. 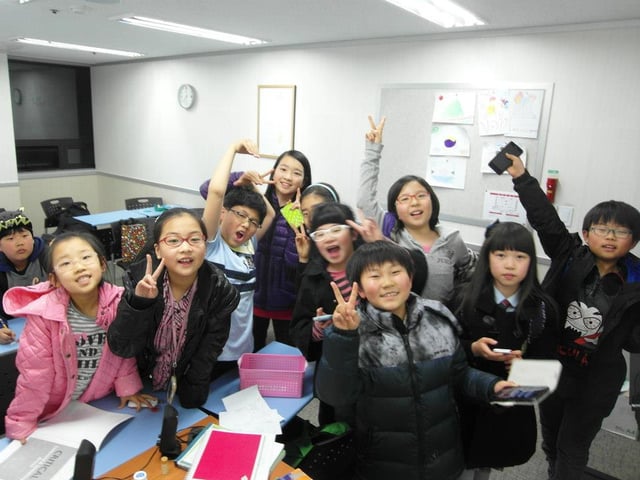 I stepped into my first classroom at Chungdahm in September, so the fall often makes me think of my students. My students were wonderful! And they treated me like a celebrity, which is always fun. Each student was hilarious, kind, creative, and, for the most part, an extremely hard worker. I loved walking into class and hearing an enthusiastic, “Hello teacher!”

Wen students grew confident enough in their ability to think and speak in English, they would speak English inside and outside of class to me. I loved getting to know my students, and they always had plenty of questions for me, too! I love my recruiting job at Aclipse but I miss the faces, smiles and questions of my students. I learned so much from them. 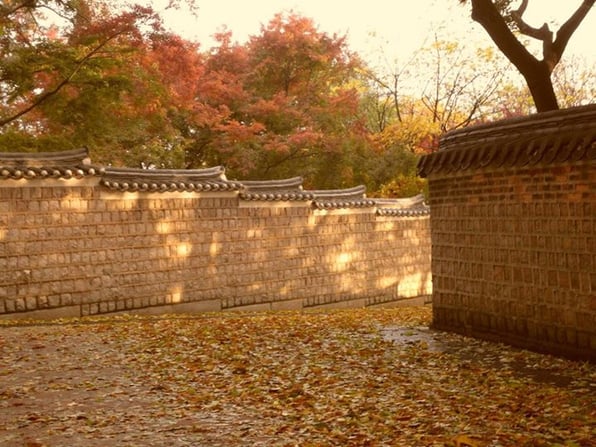 Korea is absolutely beautiful in the fall! The temperature is just right and the foliage is gorgeous. For me, it was the perfect time to hike and explore Korea's mountains.  Bugaksan mountain and the fortress wall in Seoul was one of my favorite fall destinations. While hiking along the ancient wall, it is easy to imagine life in the ancient city of Seoul. Colorful leaves curtain the incredible views of Gyeongbukgung Palace from the top of the wall. Don’t forget to bring your ID on a visit to wall. The hike runs behind the Blue House (where the president lives) and is guarded by military.

I also loved  the secret garden in the back of Changdeok Palace. The garden is quiet, beautiful and tranquil and was originally built as a leisure space for the royal family. The palace runs tours of the garden several times a day.

There are other fabulous places accessible from Seoul to check out the fall foliage including Seoraksan National Park or accessible from other cities like Apsan Mountain near Daegu.

Korea is a fabulous place to be in the fall. It makes sense that fall was my favorite season while living Korea. I grew up in Massachusetts - and while there is no autumn like a New England autumn, I have a feeling that every year when school starts and the leaves start to change and the air gets crisp, I will miss Korea and feeling a craving Hotteok.

Diane O'Donnell taught English in Seoul as well as in Japan. She is currently a recruiter for Aclipse and is excited to help others find an opportunity to have what she considers the most important experiences of he life (so far)!!