Top 10 Items You Should Pack When Teaching in Korea: Part 1

When you are packing your suitcase, especially when you are moving to the other side of the world, packing maybe a daunting task. On the one hand you don't want to over pack and have to deal with lugging huge suitcases around, on the other hand however you want to make sure you pack essential items to make sure you can live comfortably.

Recently we asked Neil, who just returned to to teach in Korea for ChungDahm, and Jessica, who recently ended her time as a teacher with ChungDahm and now has since become a recruiter for Aclipse, if they could offer their best tips for packing.  Neil and Jessica were able to compile a list of 10 items they highly recommend packing and we will feature the first five today and the second five in a blog next week.

When you are packing there are a couple things that need to be considered. First, do you need it, or want it. Second, will you be able to get it in Korea, or will it be more expensive or difficult to find. Finally, will you be able to bring it back, and where will it go if you can't.

Before we talk about specific items you should pack we first want to talk about clothes. When packing try to pack clothes for the the first two seasons you will be in Korea, along with some athletic gear and one or two formal outfits that could be worn for special events.  The clothes for the other seasons can be shipped to you at a later date. For instance if you are starting in the Winter, don't pack your Summer clothes.

Now we will talk about the first five items we highly suggest putting in your suitcase when packing for Korea.

Deodorant is one thing you will need. During Neil's first time teaching in Korea, he brought 7 deodorant packs and he was okay for the whole year. The second time he came to Korea he brought less, and suffered for it. He ended up using a deodorant that he found called Crystal. It is a salt that you wet and rub on your pits and needless to say it was not fun experience. Eventually, Neil was able to find deodorant near Gangnam and Itaewon at a small convenience store, GS 25, but it was a struggle, and expensive! It cost around $10 US for one Axe Deodorant stick. This time around when Neil came back to Korea he made sure he came prepared. If you absolutely need deodorant, you can check G-Market. It isn’t super convenient because the translation isn’t perfect, but they have a lot of great items available.  If you are a girl, Jessica also recommends bringing your favorite brand of deodorant from home, because females also have the same troubles finding the deodorants of their choice.

Now it’s not like Koreans don’t brush their teeth (on the contrary, they bring toothbrushes to work and brush after lunch and snacks). However, a common complaint of foreigners who haven’t grown up in Korea is they don’t like the taste/varieties of toothpaste. So, if you are the sort of person who prefers a certain brand of minty-fresh breath,  we recommend bringing a few bottles. 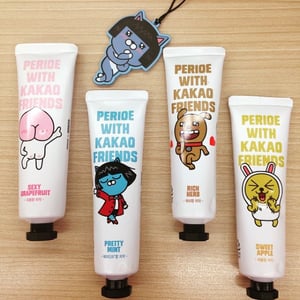 Sizes vary dramatically in Korea compared to most of the Western world.  For instance in the U.S. Neil is a medium, however in Korea however, he is an XL - XXL. (This is also true for shirts and sweaters.) The problem with this is that most clothing is only Large at best, especially underwear. The other thing is that a pair of boxers costs around $10 U.S. It can be really unfortunate if it doesn’t fit, and it’s never a guarantee. Also, many shops don't accept returns on underwear after it’s been tried on.

If you are desperate, you can always try H&M. They have a number of stores around Korea. Typically they are in more populous areas such as: Gangnam, HongDae, Ilsan, Sindorim, Beomgye, and Myeongdong. There are actually two within a block in Myeongdong. H&M is a European clothes retailer, but have gone quite international.

4. Shoes That Fit
Both Neil and Jessica suggest to bring some nice, semi-professional looking athletic shoes so you can look professional but also be comfortable at work, along with a  good pair of tennis/hiking shoes (Korea is like 80% mountains!) and a pair of dressier shoes for work and/or special occasions. 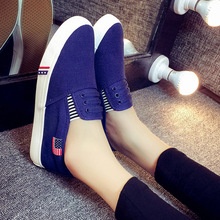 Neil is a size 10 U.S. in men’s shoes and It is always a challenge for him to find shoes that fit in regular stores, and if you are over a size 10 then it can be extremely difficult.  Jessica also says this is an issue for women as well as Koreans tend to have a lot smaller feet than those from Western countries. If you are in a rut however and need a new pair, your best bet is visiting the Gangnam area in Seoul as a lot of shops advertise larger shoe sizes.

Jessica's reasoning for bringing towels is similar to that for shoes. The towels in Korea are just…smaller. Not like by a little bit; we are talking washcloth-sized at times. Don’t go packing a suitcase of towels or anything but if you have room, one or two full-sized towels won’t hurt. You can of course find more once you get there, it just might take you a few trips to the store to find ‘em.

We hope you found part 1 of our tips for packing for Korea to be helpful.  Be on the lookout for part 2 next week!