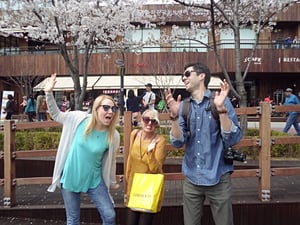 Seoul is probably the most popular destination to teach English in Korea. This is because majority of ESL teachers are worried about language barriers and feel safer in a big city where everything is more Western. However, there are plenty of great  cities in Korea that can offer a great lifestyle!  It is highly recommended that a first year ESL teacher, who wants to experience true immersion into Korean culture, should venture outside of Seoul and pick an alternative city. After teaching and living in Korea for six years, here is a collection of the top five selection for living outside of Seoul - with each cities’ pros and cons.

Busan is a bustling city with a beach. It is energetic and has everything Seoul has to offer. It is the second largest city in Korea and one of the most popular destinations to teach English in Korea. Busan has plenty of popular Summer beachfronts, such as Haeundae Beach, and a large expat community. It is the ideal place for anyone who loves running  along the water and tanning in the Summer. Busan also has unique tourist spots on the coast such as Taejeongdae National Park and Haedong Yonggungsa Temple, as well as plenty of bars and clubs for the party animal in Gwangali or the university district of Seomyeon.  There is also good shopping at Shinsaegae Mall and one can catch a speed train to Seoul, called the KTX.

The winter months can become quite depressing, with miserable rainy weather on the coastline. Busan is a coastal town, so it relies on good weather and the Summer months to attract tourists. The city is also at the most Southern tip of the Korean peninsula, which can make transport to Northern parts of Korea difficult. 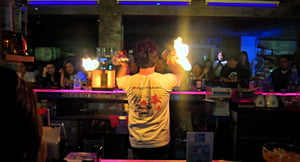 Daegu, in recent years, has become a popular city to teach English in. Daegu has everything from a large expat community, to good shopping, to a great nightlife. The city is encapsulated by mountains and boasts some beautiful sunsets in the Summer. There are also plenty of adventurous things to do like treetop zip-lining at Herb Hillz, hiking Gatbawi and exploring the surrounding countryside for Makgeolli (Korean rice-wine) houses. Daegu is especially famous for its' traditional Makgeolli houses! Daegu has an excellent expat community with a vibrant downtown area, that is renowned for partying and a great nightlife. It is also easily accessible via express bus and the KTX speed train and as a result it is easy to take a weekend trip to the beach in Busan, Tongyeong or Ulsan.

Daegu is landlocked by mountains. For those people who love a view of the ocean, the beach is not as close as one would wish. The city too can become pretty hot in the Summer months, with the humidity being rather unbearable. The city is also greatly affected by monsoon season, and has been known to flood in recent years with various typhoons coming through the South of the province. Although downtown Daegu does have every shop that you need, it might be difficult to find bigger shoe or clothing sizes for men and women.

Who wouldn’t want to live and teach on an island? Even I have been toying with the idea of Jeju  Island for years! Jeju Island is considered the Hawaii of Korea, and is the most beautiful place in the country. It has all the natural beauty you could want, with Mt. Hallasan hiking and sunsets at Songsan Sunrise Peak. The island is a place for teachers who love the outdoors and a more adventurous lifestyle. Plenty of teachers talk about the relaxing atmosphere and the natural beauty while they scooter around the islands’ cliffs. Jeju is close to Japan and you could enjoy trips to the Japanese mainland or surrounding islands. Jeju is perfect for someone who loves outdoor sports and clean air. There is also minimal pollution on the island, something that mainland Korea doesn’t have to offer.

The biggest downside to living on Jeju Island is that it is far from the mainland. You cannot easily travel on the weekends, and would have to fly or catch a ferry to Busan or Seoul. Although the Southern parts of Korea are within reach, traveling mainland will become a challenge. Life might become a little cagey and the honeymoon period with the island could only last a few months.  Also, Jeju folk speak a unique Korean dialect that is difficult to understand. If you would like to learn the language, you might struggle as a first-timer, as it is very different to the standard accent you hear in all Korean textbooks. 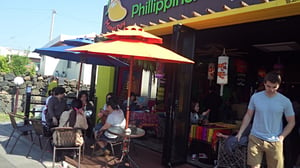 Chungcheongnam-do is ‘countryside’ Korea. The people are warm and kind, and the surrounding areas are filled with rice paddies and kimchi. Cheonan is a city situated at the top of the province, bordering Gyeonggi-do and Chungnam. Teachers really enjoy living in this city because, it is within an hour from Seoul, and a great place to travel Korea’s other provinces. Cheonan has a KTX speed train that can pretty much get you anywhere, and the Seoul subway ends in Cheonan city. Plenty of Koreans live out in Cheonan and commute everyday to Seoul. Cheonan has everything a city needs with good shopping, decent food and a good partying district. There are also a lot of modern cities being built around Cheonan, with Asan expanding industrially. For those who want to experience real countryside Korea, this city is close to many beautiful and peaceful rural areas, and there are some popular tourist attractions nearby such as Amnyeondo Island, Mallipo Beach and Sudoeksa Temple (the oldest temple in Korea). There are also plenty of festivals to experience such as the Nonsan Strawberry Festival, Boryeong Mud Festival, Buyeo Cultural Heritage Festival, and the Taean Tulip Festival. 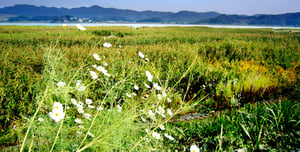 Cheonan is still considered countryside Korea, so be prepared for minimal English and people staring at you. Cheonan residents usually speak better English than the rest of Chungnam province, but it is still common that most people and situations you encounter will be a challenge to communicate. There is a Costco and an E-mart in Cheonan, but for all those specific groceries you might want, it could be a little bit more difficult to find. You might also be approached more than you like – to be an ‘English friend’ or to teach some Korean kid English on the train. 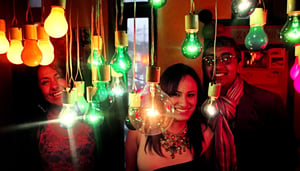 In recent years, Gangneung has become a popular place to live and teach. This is because the market for teaching English has shifted to other provinces and has moved away from Seoul. Gangwon-do province is one of the most beautiful provinces on Korea’s mainland! Whatever the season, Summer or Fall, it is just stunning. Gangneung has the most beautiful coastline in Korea, boasting the beautiful Gyeongpo Beach. Life in Gangneung is considered more country than city, so people tend to be warm and friendly to foreigners and the lifestyle is laid back by the coast. Also, the tourist attractions, nearby, are endless! There is Seoraksan National Park, that is famous during the Fall months, and the beautiful Jungmun Beach and Naksan Beach with their glistening white sand and renowned temples such as Naksan Temple. The atmosphere is calm, and there are forests, lakes and mountains everywhere! Gangneung is definitely for the nature-lover and hiker. A teacher who likes the outdoors and doesn’t mind living further away from big cities will love living in Gangneung.

A bus trip to Seoul can be a nightmare. Gangwon-do is the province next to Seoul, and since it boasts so much beauty this is where all Seoulites go for the weekend. Traffic can be insane, and a bus trip that should only take two and half hours, takes about four hours on the weekends. Getting to and from Gangwondo can take longer than one would expect, however, a train line is being built East and is expected to be up and running by 2023! 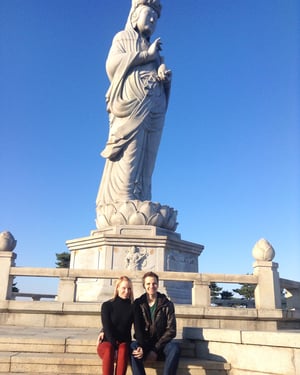 I hope this blog helped you get to know all the wonderful places you could potentially call home if you decide to teach in Korea and makes you realize that there are other amazing places to visit and live in Korea besides Seoul.