Having lived in and around Seoul for 3 years during my time teaching in Korea, the same places continually pop up. While they are beautiful, cool, and/or fun, there are just some places that aren’t popular that become special. Maybe there isn’t anything particular that draws other people to them, but when you’re adventuring in a new country, there are some experiences that just draw you in. Below are  are my top five places I like to visit in Seoul. Perhaps they’re not popular, but they are really something unique and spectacular.  All five places are great, and hopefully I can persuade you to that idea. 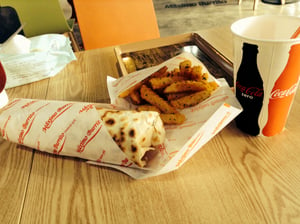 My first year working for Chungdahm, I was living in Yeongtong, the east part of Suwon. Yeongtong is a fairly nice area that has a relaxing feeling. With a large college campus nearby, Gyeonghee University, there are a lot of students in the area, and they need a place to eat. One of the places nearby has a Korean Fusion Burrito. It was during this year where I found that it was very possible to eat a burrito every day. The burritos come in many different flavors, including: Beef, Chicken, Sausage, and Egg. The burritos only cost around $3 (US) for a large burrito, and you can add extra ingredients for a small fee. The burrito itself has a very nice flavor, usually a little sweet, and comes in Mild or Hot.

This place is special to me because I found it in my first year. I had often found myself missing U.S. food, and burritos are fairly close. Also, there isn’t another burrito place for miles around. It is really rare to find a Mexican restaurant, and it just so happened to be between me and my work. Also, the staff is really nice! They still remember me on the rare occasion that I make my way down to Yeongtong.

To get there however, it’s can be a bit tricky. From Yeongtong station exit two, on the yellow line, you need to walk quite a bit. Check out this map to help you find it. It is off of the main road, and if you don’t know where it was exactly, you won’t be able to find it. 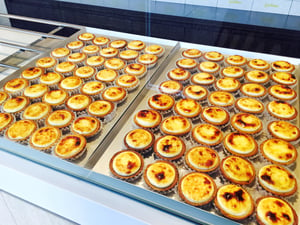 My first time in Hapjeong, my eyes were drawn to this large sign that said “GOLDEN CHEESE TART”. It’s a fairly large building, and I thought it was strange that they would dedicate an entire building just to cheese tarts. They don’t sell anything else. Naturally, I assumed that it must be a really good dessert, and I was wrong. It wasn’t JUST good. IT WAS HEAVENLY. I grabbed a coffee at a nearby cafe and it paired very well. I hope that I will remember the taste for as long as I live.

The reason why it is so special for me is not because I love cheese tarts but this one particular cheese tart is the most delicious thing I have ever tasted.

To get there, it’s just outside of Exit 8 in Hapjeong station, the green line. Super easy to find. Check the map here if you are unsure. 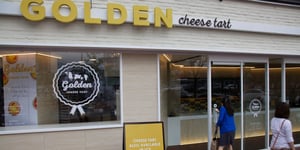 After living in Yeongtong for a year, I moved to Ilsan, Daehwa branch. Here, I had a really great living arrangement. My apartment was absolutely gorgeous, and I lived super close to a lot of shops, and a beautiful park. Within the park is a man-made lake that is so beautiful. It is always packed with tons of people walking around, doing events, or relaxing on a blanket. However, it is a really large area, and there is plenty of room for everyone.

This area is special for me because I have gone here with so many friends to play board games, relax, and sight-see. It’s also a really beautiful place to see the sun set with a date. I will remember Lake Park for some time, and it is one of the most unique places in Korea. Nearby, there are many shopping malls, and areas as well. It's really great place to go. 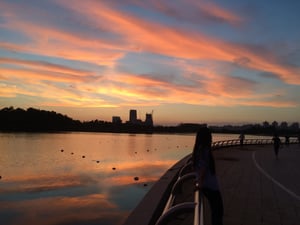 To get to the park go here. You need to go to Jeongbalsan Station exit 2. Then walk along the path, over the bridge, and you’re there!

4. YangJae Citizen’s forest (In the Spring) 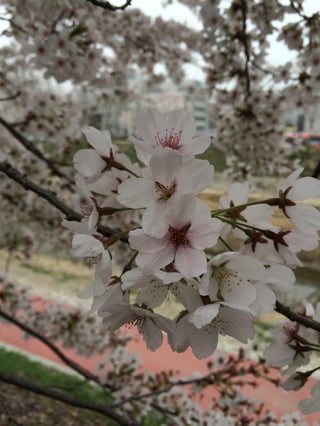 Yangjae Citizen’s forest in the spring, with the cherry blossoms and the flowers is just too much. So beautiful! There are so many trees in this area, and a walking path next to the river. It’s just the best. There are often a lot of people walking and taking pictures, as well as many people dressed in cosplay costume taking photos. It's really beautiful area, and I make sure to go here every year. 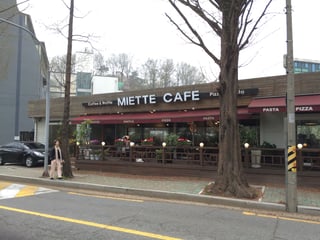 Near the walking paths and within view of many of the flowers and trees is a really nice restaurant/cafe called Miette Cafe. They have really delicious pasta and pizza. It’s always my destination at some point when going to YangJae. 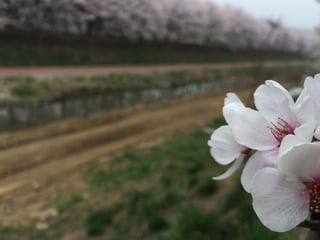 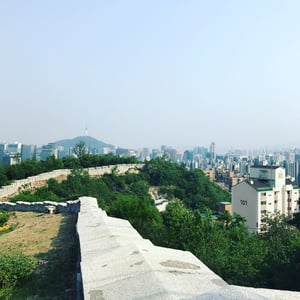 Last in my list is Bugaksan mountain. This mountain is positioned right behind the Korean Blue house, home to many prior presidents, similar to the White House. The mountain itself isn’t a difficult climb due to there being stairs, and a slope that isn’t too steep. However, the mountain itself goes very high! The view from up top is absolutely stunning.

I first found this mountain on a day like any other. I was wearing jeans and a pair of flip-flops when I decided to go for a walk in Seoul. I had no purpose, I just wanted to go walking. Soon, I found a wall and decided to walk next to it for a ways. I had no idea that I was actually climbing a very tall mountain, and I had no idea that it was that close to the president’s house. I love venturing without purpose and have found many wonderful things this way. Much more so than when I plan my adventures.

To get to the mountain it is a bit complicated. For me, I just walked in the general direction of the mountain and could find it from Gyeongbokgung, orange line, exit 4. You have to take a lot of side paths in order to find it, but that’s part of the adventure! To find its relative location, check here.


I hope that you enjoyed my list of Seoul's hidden gems and and that you get a chance to visit these places during your time teaching in Korea. I know that the locations might be difficult to find, however, to me, they are worth it. If you have any trouble finding where something is, that’s part of the adventure! Just enjoy wherever you are, and always try something new.

Tags: things to do in Korea, seoul, Weekend activities in Korea, adventure