How to Save Money and Travel in Korea 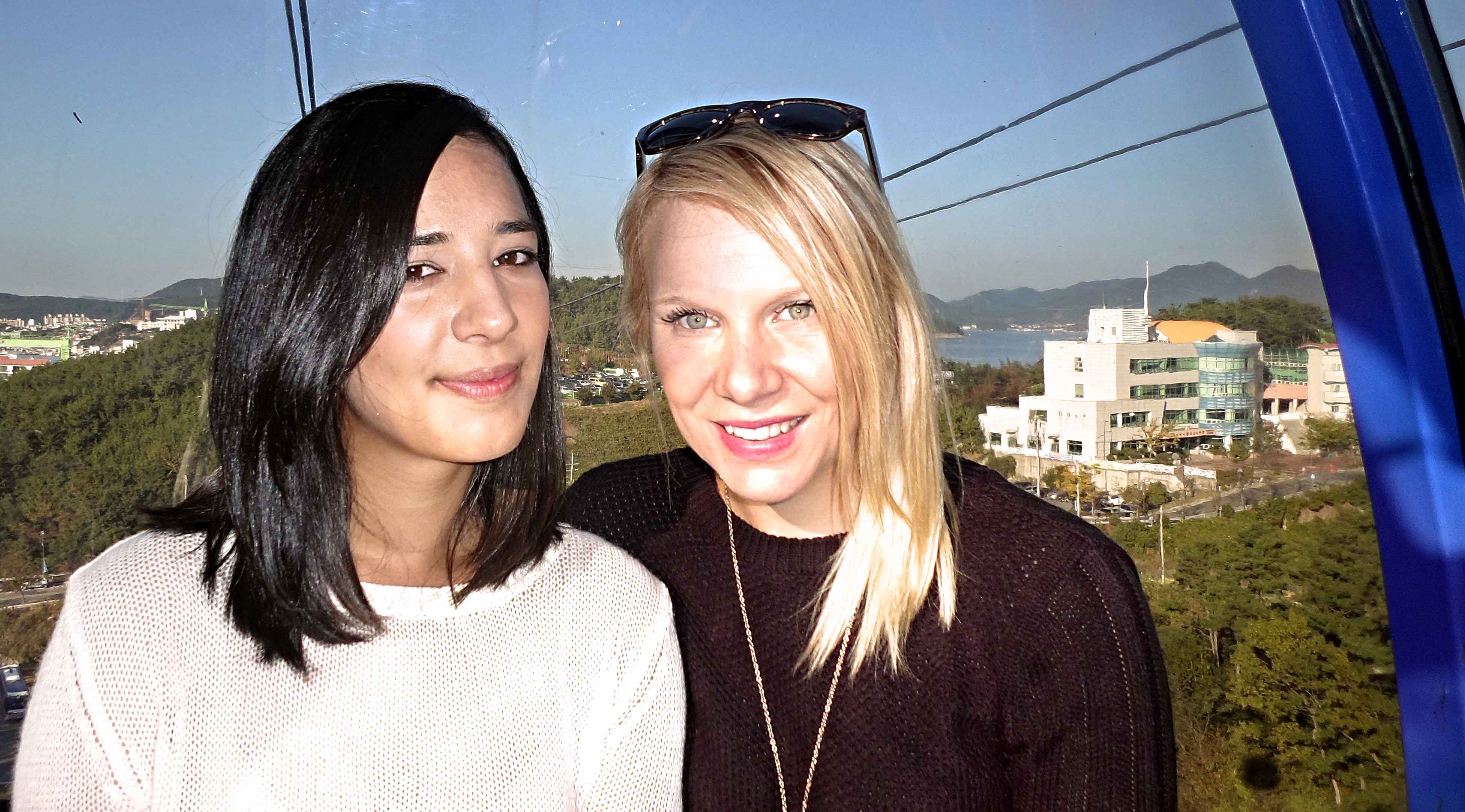 The question that many new teachers interested in teaching Korea ask me is, is it possible to save money and travel in Korea? The answer is yes, and it really is up to you on what and where you choose to spend your money. People choose to come to Korea for various reasons but, one of the main reasons is saving money. Korea is one of the top ESL destinations for just this reason, and most teachers are motivated to come here just for that perk.  Even if you want to just travel, the ability to save money is a nice extra bonus. Here are some tips on how to save money and enjoy your traveling abroad experience.
END_OF_DOCUMENT_TOKEN_TO_BE_REPLACED
0 Comments Click here to read/write comments

Tags: saving money in Korea, shopping in Korea, food in Korea, Activities to do in Korea

Explore Korea's Smart City of Songdo when Teaching in Korea 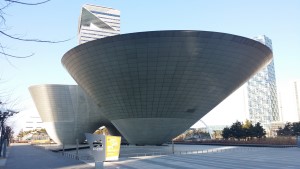 One of the things that most teachers do not consider when moving to teach abroad in Korea is transportation. Living back in the U.S., I never really realized how dependent I was on my car. Now that I’ve been living in Korea, I still miss driving, but I really do love the transportation system in South Korea From subways, buses, express buses (they take you to different cities), and cheap taxis, traveling around Korea can be fairly inexpensive.


As you make friends here in Korea, you will start to see them come and go. I feel like I am becoming the ancient dinosaur who may never leave here. My friend and I decided to meet another friend (who we met through ChungDahm) in her city of Songdo, Incheon. I had been to Songdo before but it was fresh and beautiful. It was a great escape from the busy streets of Seoul. Literally, in some parts of Songdo, you can run through the streets without any cars coming your way. We decided to leave Gangnam Station and take the blue express bus M6405 (between exit 6 and 7) that would drop us off at Central Park in Songdo.

Tags: shopping in Korea, food in Korea, Activities to do in Korea, tourist attractions in Korea, Transportation in Korea 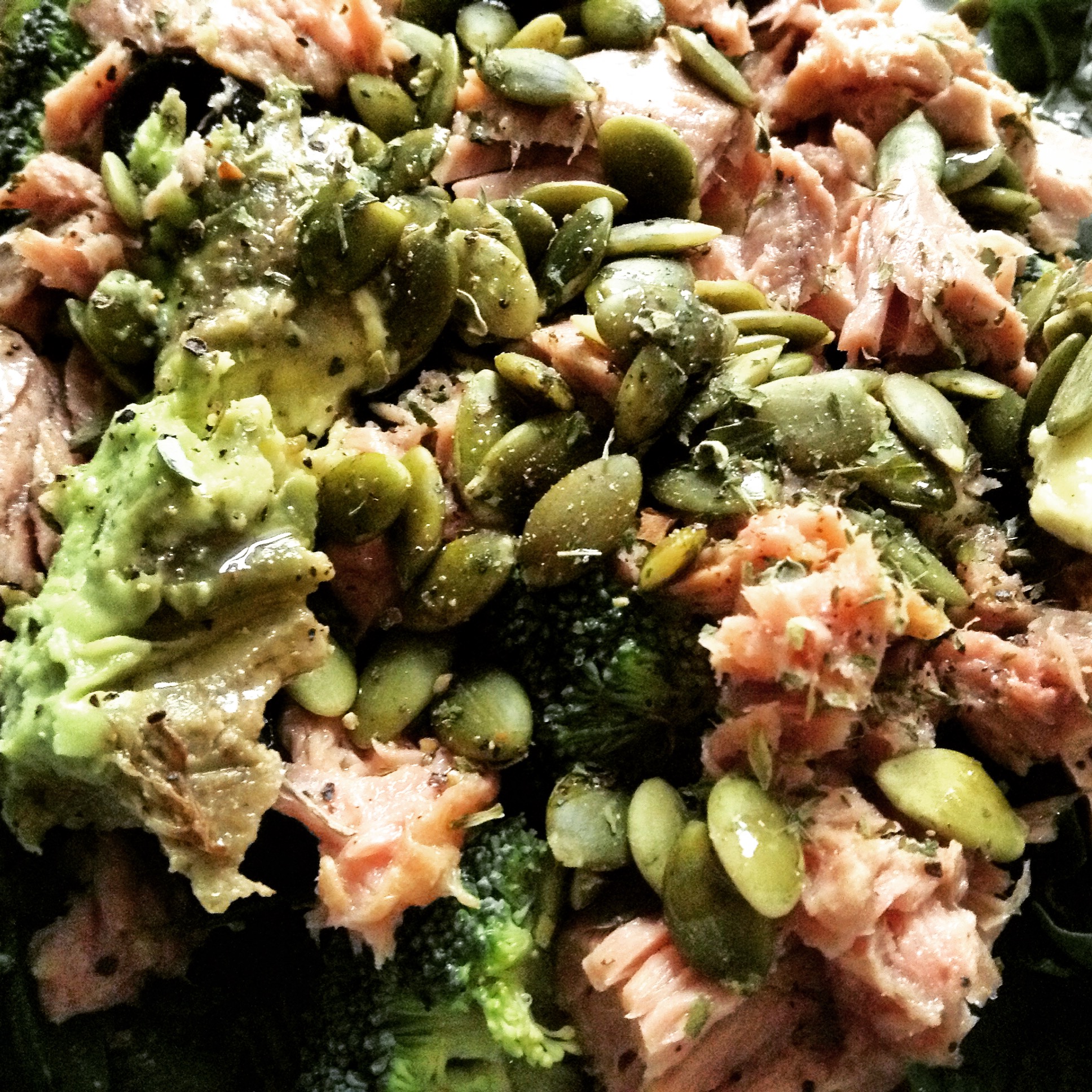 One of the biggest challenges for fitness fanatics coming to Korea is worrying about your diet and how to maintain a western way of eating in Asia. Korean diets are predominantly saturated with carbohydrates such as noodles, rice and sweet potatoes. There are bread cafes on every street corner and sweet delights to misguide you on a sugary course of addiction. For those Paleo/Low Carb lovers Korea can be a disappointment when eating out or even figuring out what to buy in supermarkets.  The Paleo/Low Carb movement is taking off slowly in Seoul, as sports like Crossfit are becoming more trendy, but the country is still far behind in this way of thinking and providing people with services to support this way of clean eating.
END_OF_DOCUMENT_TOKEN_TO_BE_REPLACED
3 Comments Click here to read/write comments 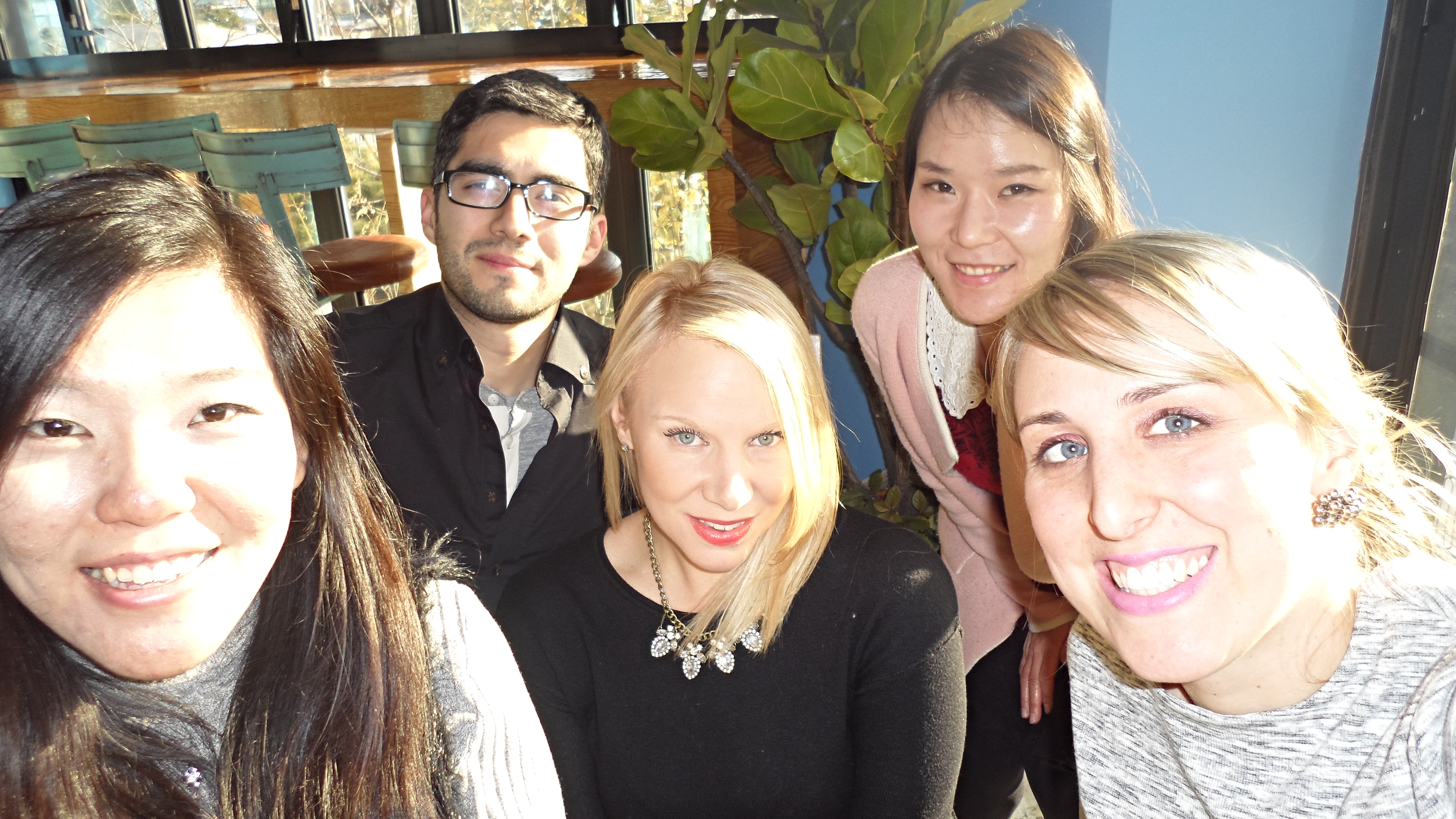 One of the best things about living abroad is making friends in Korea with people you have met from all over the world. Special bonds are created while living in Korea that only you and a handful of friends can relate to. These understandings come from the shared experiences and because of that making friends while teaching in Korea is not that hard as long as you put in the effort to reach out to people and get to know them.
END_OF_DOCUMENT_TOKEN_TO_BE_REPLACED
3 Comments Click here to read/write comments

Must Do Experiences While Teaching in Korea 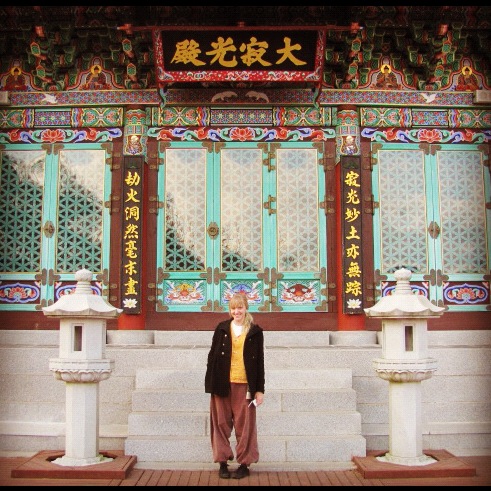 My three years teaching in Korea were, to put it simply, amazing. My return to the States in November has made me reflect on my time in Korea, analyzing and reminiscing about every facet of my expat life. As a way to neatly conclude my blogging duties here, I'll be posting a three part series on these reflections. This first part is inspired by my recent posts about my favorite adventures of 2014, opening that topic up even more to become a list of my all-time favorite activities to do in Korea during my three years of living and teaching there -- ones that you absolutely cannot miss during your time abroad...

Tags: shopping in Korea, food in Korea, hiking in korea, islands of korea, Festivals in Korea 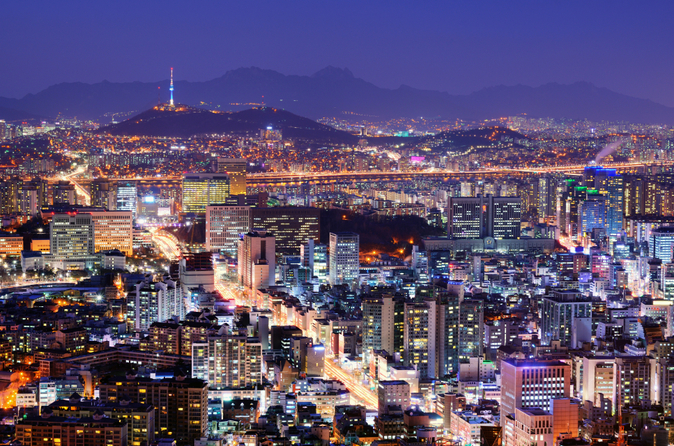 This year has been one of the busiest years that I have had in a long time. Since I’ve been living and working in Korea for over the past 3 years, there have been so many adventures in both teaching and traveling that I have been lucky to take part in. With 2014 wrapping up, it seems best that I go ahead and share my favorite blogs that I’ve written!

As Christmas approaches, since I do not have my family here to celebrate, I compensate by just becoming even more of a disgusting glutton than normal. In South Korea, food is my family during the holiday season. Yes, that is an incredibly depressing picture, and if you have images of me sitting in the corner of my dimly lit apartment shoveling in food and listening to Josh Groban’s Christmas album, your imagination is not too far off the mark. Anyway, 'tis the season to overeat, and what better way to begin that quest for the food coma than with a trip to Costco! 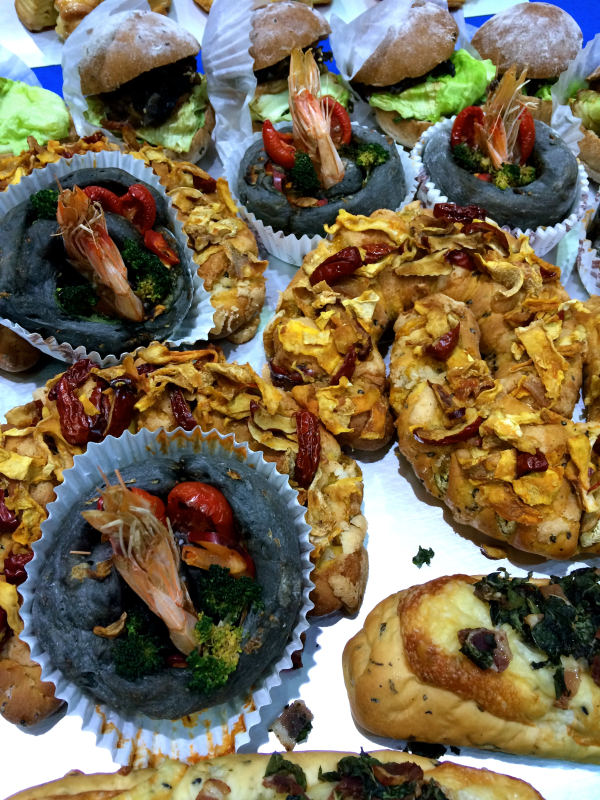 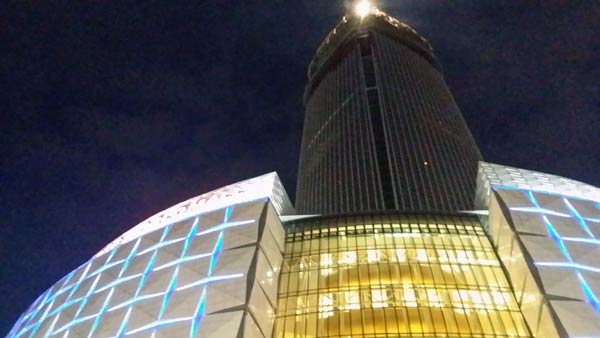 Teachers in Korea Kickoff Fall with some Fireworks, Wine & Food 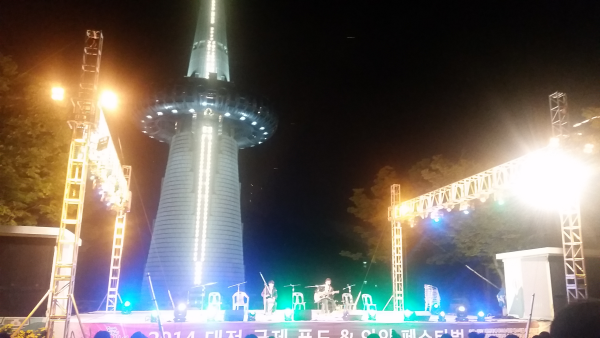 Well, another gloriously sweaty Korean summer has come to an end, and the brisk breezes of October have announced the arrival of fall. Per usual, seasons in this country seem to change in the blink of an eye, so I have found myself scrambling with my wardrobe as I transition from shorts and T-shirts to jeans and jackets. Though I personally despise cold weather, checking out some festivals does take some of the sting out of that autumn chill. This weekend provided some excellent options, and I took full advantage of my cancelled Saturday class to check out the International Fireworks Festival in Seoul, as well as the International Food and Wine Festival here in Daejeon.