Running 10ks (or marathons!) when teaching in Korea 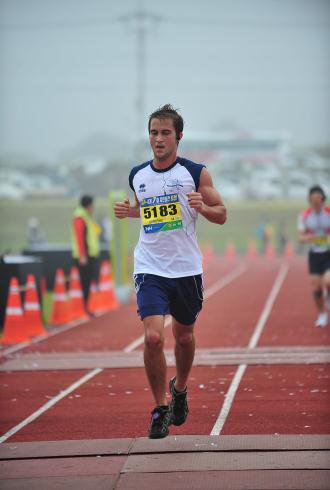 A few months ago I decided to join a running group so that I could make some new friends and keep myself in better shape. As an English teacher in Korea with Chungdahm, my schedule is always open in the morning and I have tried to use that time to get involved in different activities. The running group meets at 9 a.m. every morning and we choose from numerous coastal and forest routes that vary in length. We have some local Koreans in the group but most of the runners are from the U.S. or Canada. The group has been everything that I thought it would be and it has been another awesome experience in Korea. It even caused me to do something that I had never done before: run a 10k.

So it turns out that there are a few big races on the island of Jeju but the biggest happens to fall at the end of May each year. This event is known as the Jeju Marathon Festival and includes three different races: a 10 k, half-marathon, and a full-marathon. People come from all over Korea and Japan to run in the event and it is also the favorite race amongst all of the expat runners on the island. With 3/4 of my running group participating in the event, I knew that I was going to have to as well.