Seollal, or Lunar New Year, is one of the holidays celebrated in South Korea, along with other countries like Japan, Indonesia, Cambodia, and places with a large Chinese diasporic population. In South Korea, it is one of the most important holidays of the year, in which loved ones congregate in festivities that can last for three days. People travel far and wide to spend time with family, dress up in hanbok, the traditional garb, and perform rituals of filial piety and ancestral worship. They play folk games and eat traditional foods like tteok, rice cake, and jeon, savory pancakes. 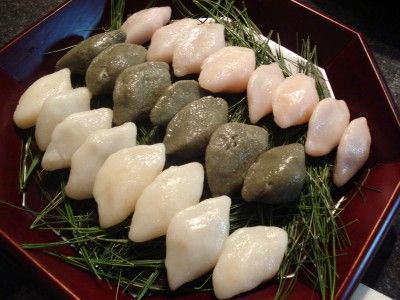 For Seollal, many teachers, who don’t get to celebrate with our families, take flights out to nearby countries to ring in the special day. But as winter is rough and I am easily deterred by the cold, I decided to do something that didn’t involve trekking to Incheon or shuffling through copies of Lonely Planet between classes. I wanted a weekend that required little planning with a lot of comfort, which was a solid enough proxy for a warm family time for me. What surprised me entirely was that I experienced such love and kindness from local families who took time out of their days to bless me with an unforgettable weekend. 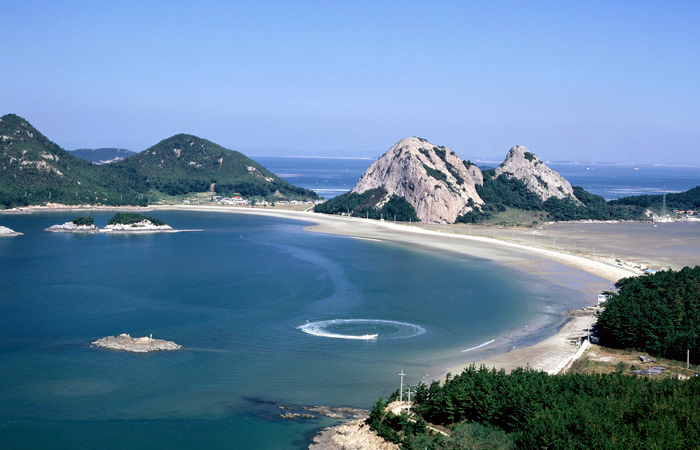 My friend Haley and I took a bus down to Gunsan, a port city in southwestern Korea, aiming to take a quick ferry to the island. When we got to the port, we discovered that all boats heading to Seonyudo were cancelled for the day due to high winds. After a three hour trek on the bus, we really had no idea what to do. We grabbed snacks at GS25 and strategized whether we should be making an entry or exit plan. From the research she did online, there didn’t seem to be a plan B after boats, so we were stuck. Haley had found a homestay on the island online, so we called our host to tell them the unfortunate news. After much translation between him and the lone staff at the ferry terminal, he told us to just be patient-- he was immediately on his way to pick us up. We were shocked, surprised, and eternally grateful that he did that for complete strangers he’d yet to meet at a moment’s notice. Haley and I played around on our phones and time flew by. 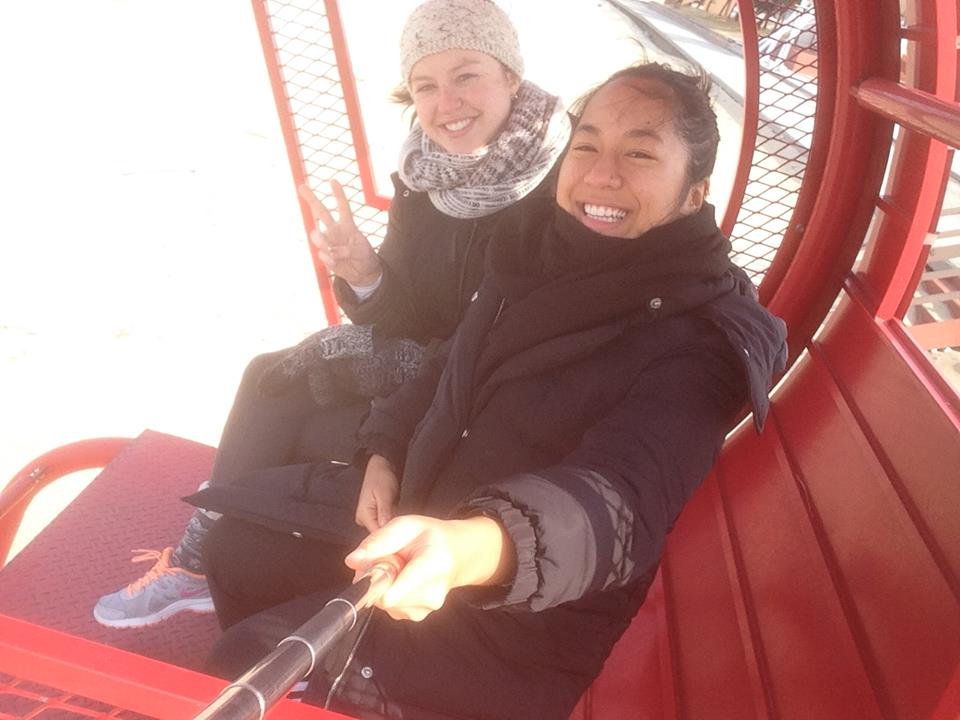 Two hours later, he arrived in a vintage Jeep. We all barely spoke, but he made a big effort to crack jokes, play music, and make sure we were warm. We moved across the winter landscape, and it felt like we were in Iceland or somewhere else entirely. The funniest moment came next as we hit a gate with a traffic jam. Locals seemed to be trying to enter the island in their off-road cars. As the sky turned grey around us, our driver urgently told us to exit the vehicle, and he started running towards something. We scrambled with our backpacks and asked no questions, darting past the cars until we found another vehicle waiting. Rule number one is to not enter strangers’ cars, yet there we were. We found another man driving it, and we wound through the island, calming down instantly, yet still confused at the situation. Through the foggy window, we saw ajummas on their stoops, small fluorescent restaurants, and wooden boats docked on the bay. The driver curved through a narrow street, rolled down his window, and handed another man a fat envelope with much excitement and urgency. To this day, Haley and I ask each other about what was in that envelope. After a failed ferry ride, two vehicles, and a winter sprint, we made it to our homestay. 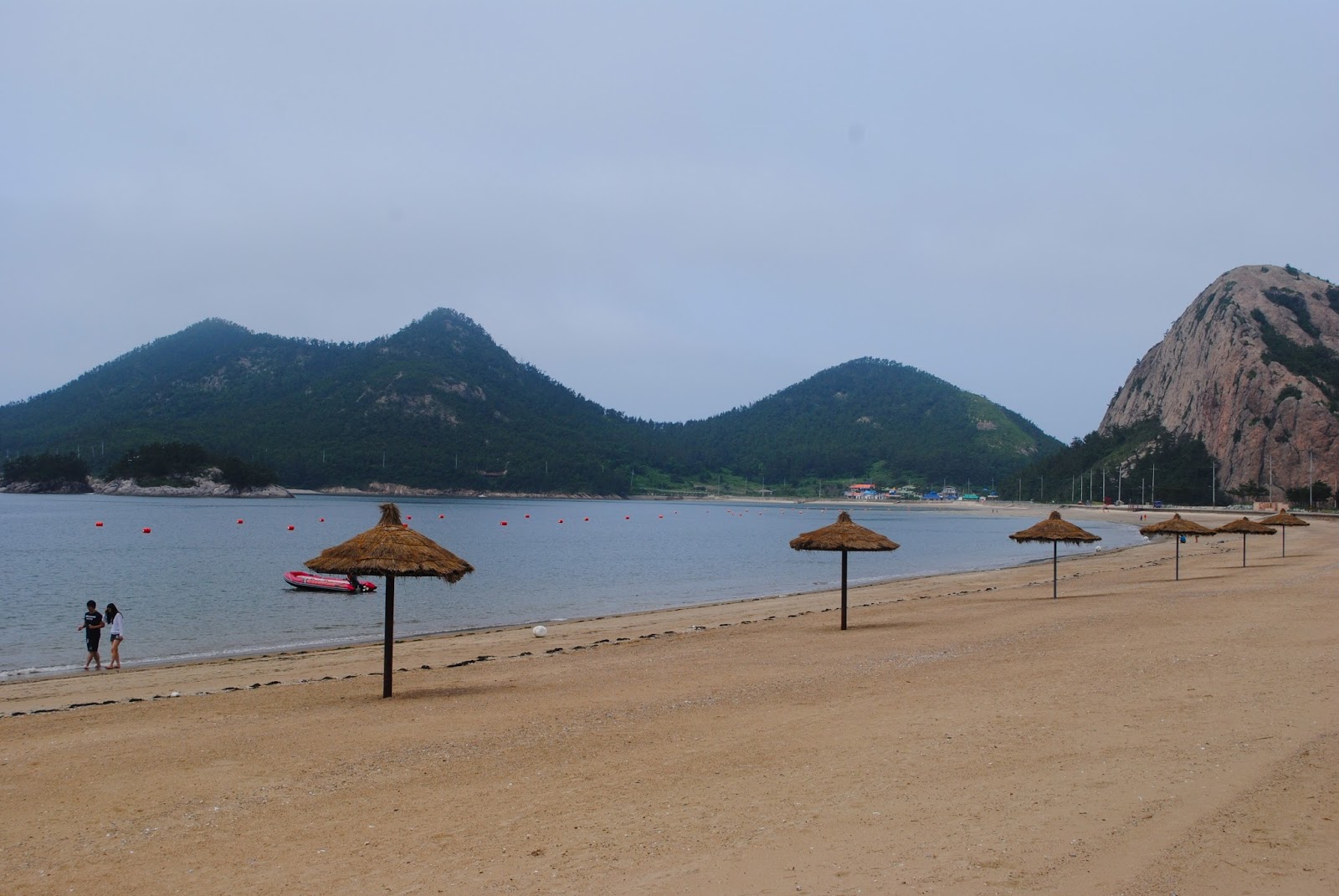 Because it was off-season, the place was empty aside from the family who ran it. Almost all businesses were closed, a proper ghost town. Although I am a beach lover and summer child through and through, I found the cold, empty shore invigorating, especially after so much time in the city. Haley and I took a lap around the village and finished it all within thirty minutes. There wasn’t even a market around, minus a small grocery store selling mostly frozen items. Luckily, my mom taught me to always carry fresh produce on me, as you really never know when you’ll find it next, even in fertile places abundant in it. We created a hodgepodge of food, made of carrots, mandarins, frozen mandu (dumplings), and hotteok (korean pancakes) mix went back to our room. One of the best parts of South Korea is heated floors, and we set up our mats, turned on some music, and got to cooking our little feast. Even though it was sparse, the feeling of creating this nourishment on this tiny, quiet island felt incredible. The best part was the family thought of us and brought up an elaborate spread, of homemade rice cakes and other desserts, and jeon, so it felt like a proper Seollal after all. That night we went to sleep full, warm, and cared for. 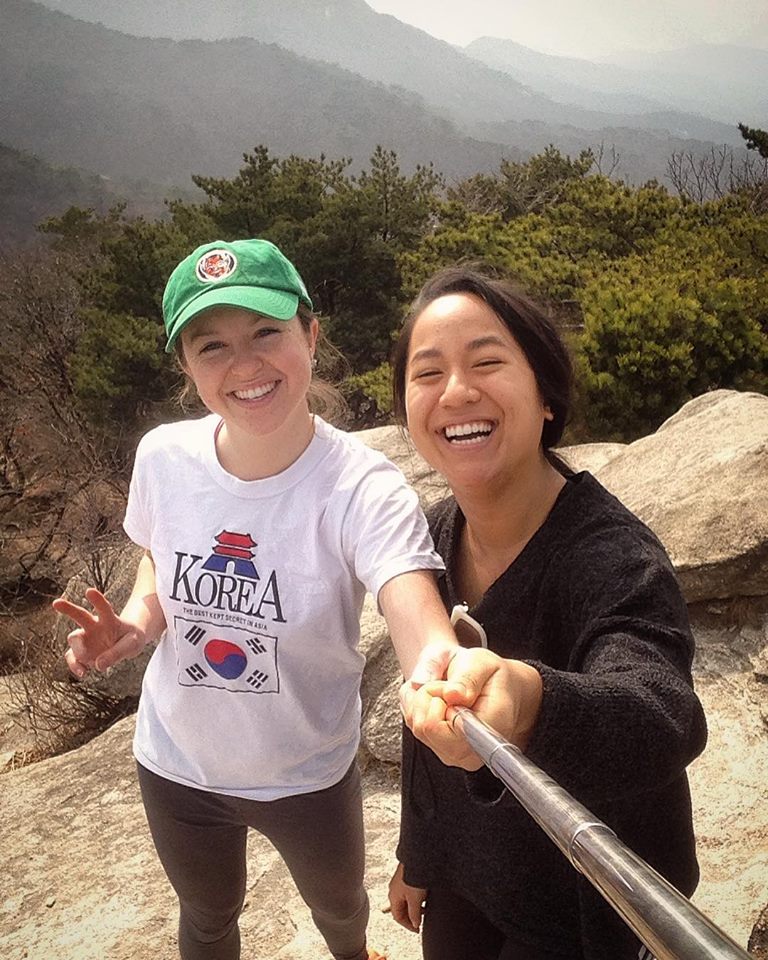 The next three days were a blur of island life, time moving slowly and us like that as well. The son, who was around eleven years old, kindly took us through the chain of four islands on a little hike, showing us views of the water. We wandered through corn and wheat fields, sat by the ships, walked up the peaks of the islands, and laid in the sun. We stumbled into this restaurant to see one of the few groups of people around, and the people who worked there gave us countless pots of corn silk tea, and generous helpings of seafood stew. We even shared a bottle of soju with a group of elders before we packed up to go. The family dropped us off by car at the ferry, and we were on our way back to Gunsan. The thing about this weekend was we barely saw any people, and since it was winter, we barely did anything. But the fact that each person we met took time out of their own lives to make sure we stayed warm, peaceful, and nourished meant everything to us, especially on a holiday made to be shared with people you love. Although we didn’t have a traditional Seollal, we were reminded that people always have energy and care to give, and that anywhere can feel like home.