Why I Chose Aclipse and Chungdahm for the Second Time

Taking the first steps of an adventure is almost never an easy ordeal. You have all these questions that zoom in and out of your head adding to the list before you can even answer the first ones that popped up. Will it work out? Will I be happy? What if I get lost? What if I do something wrong? What if a giant prehistoric creature ascends from the oceans and battles a giant moth? Ok, maybe that last one was a horrible reference to Godzilla vs Mothra but you get the idea.

Moving to South Korea was not an easy decision for me but one that I, unbeknownst to myself, needed most in my life. I had graduated college, done a wonderful internship with Disney, traveled a little bit, got a good paying job and after some time, my life felt stagnant. Something was missing. I had always longed to do something daring, adventurous, seeing as I always stayed on the “safe side” of life. As I sat at my desk filling out paperwork I knew had to be in by the end of the week, I started thinking of where other people’s lives had gone. I suddenly remembered a friend from back in college who was now a teacher in Korea. Must be cool - I thought to myself. I entertained the idea of moving and being a teacher - something I had wanted to do for as long I’ve known the table of multiplication. That night, I went home, contacted my friend, got some information, and she directed me to Aclipse.

A month or two passed before I actually gathered up the courage and opened the Aclipse page.  By now, the idea I had “entertained” became more of an idea I needed to do. I filled out the information and shortly I was contacted by Colette, one of the recruiters there. Mind you, I was a complete nervous wreck the whole time I was going through the process. From the background check, to getting the apostilles, the whole thing seemed impossible. I was so thankful that I had Colette along the journey helping me with even the most self-explanatory steps for the process. With her, this web of disaster I had created in my head, slowly untangled and became straight lines to take to achieve my goal. 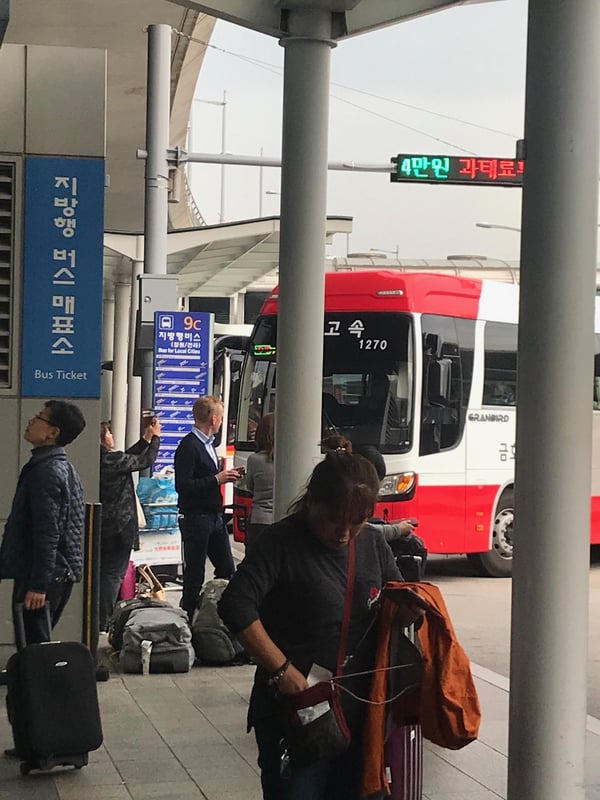 Needless to say, I was nervous once I got on the plane. So nervous that I couldn’t sleep for three days leading up to my departure. Training week went by quickly and I gave it my all in those days. I had made a commitment and was determined to give it my best. After situating myself at my apartment and my job, the year went by in the blink of an eye.

In between laughter, tears, frights, frustration and the whole spectrum of human emotions I was able to truly have the experience of a lifetime. I became a completely new person- one that wasn’t afraid to take risks, to be patient and understanding, to go on adventures, to try new things, and the list goes on. The most rewarding part were my students. I looked forward to coming to class and having the students talk to me about their day, sharing with me stickers they had personally selected from my favorite BTS member, bringing me sweets and writing letters that they would sneak on my desk because they were too shy to give them to me. I looked forward to them doing projects when they would use me in their stories and make me a superhero. I looked forward to cultivating an atmosphere of learning and creativity. Every day was a challenge for me. What can I do today that will make this class better than the last time my students saw me? I worked at ChungDahm Learning and the kids here would come from school and go straight to English class. The challenge for me was how to make sure these kids, who worked so hard all day, learned AND had fun at the same time? The time they got to spend with me in class wasn’t just a job- it was a privilege for me to be sharing my culture and learning from theirs.

Of course, my life in Korea wasn’t just my job. In Cheonan, there is a tight knitted community of foreigners and I got to meet the most colorful people I have ever seen gathered in one place. Some of these people became more than just my friends. I gained a brother and a sister there, and we were the three musketeers. Everything we did, we did together. From traveling to Busan to seeing the fireworks in October, to hiking to a see a statue of Buddha on top, to music concerts where we got rained on, to getting lost in Seoul and laughing about it, to getting color dust thrown everywhere at Holi Hai in Goeje, we did it all. I was busy all the time - exploring, expanding my horizons, feasting my eyes with the beauty of the city lights at night and the sun rising on the mountains. I had no time to catch my breath and am happy it was that way. These people not only were they there for fun and entertaining times, but they were also my support system whenever I needed them most.

My students and my friends brought out the best in me just when I thought I was “old” and had done all my adult growing, I grew, and I sure am glad I did. This is one of those things that you can watch on TV, look at videos on youtube of other people doing it or read about in print, but nothing compares to doing it yourself. My year went by so fast! When I realized it was coming to an end, it felt like sand slipping through my fingers as I tried to hold on to the last weeks, days, hours, minutes and seconds I had left there. I was fortunate enough to travel with my best friend after our program ended and we spent a week in Korea and 10 days in Japan together before we both parted ways to our own hometowns. Before my year had even finished, I was determined that I was doing a second year - no doubts, no questions about it. That is why I chose Aclipse to help me with the process once again. They gave me the opportunity of a lifetime in a place I never saw myself in. 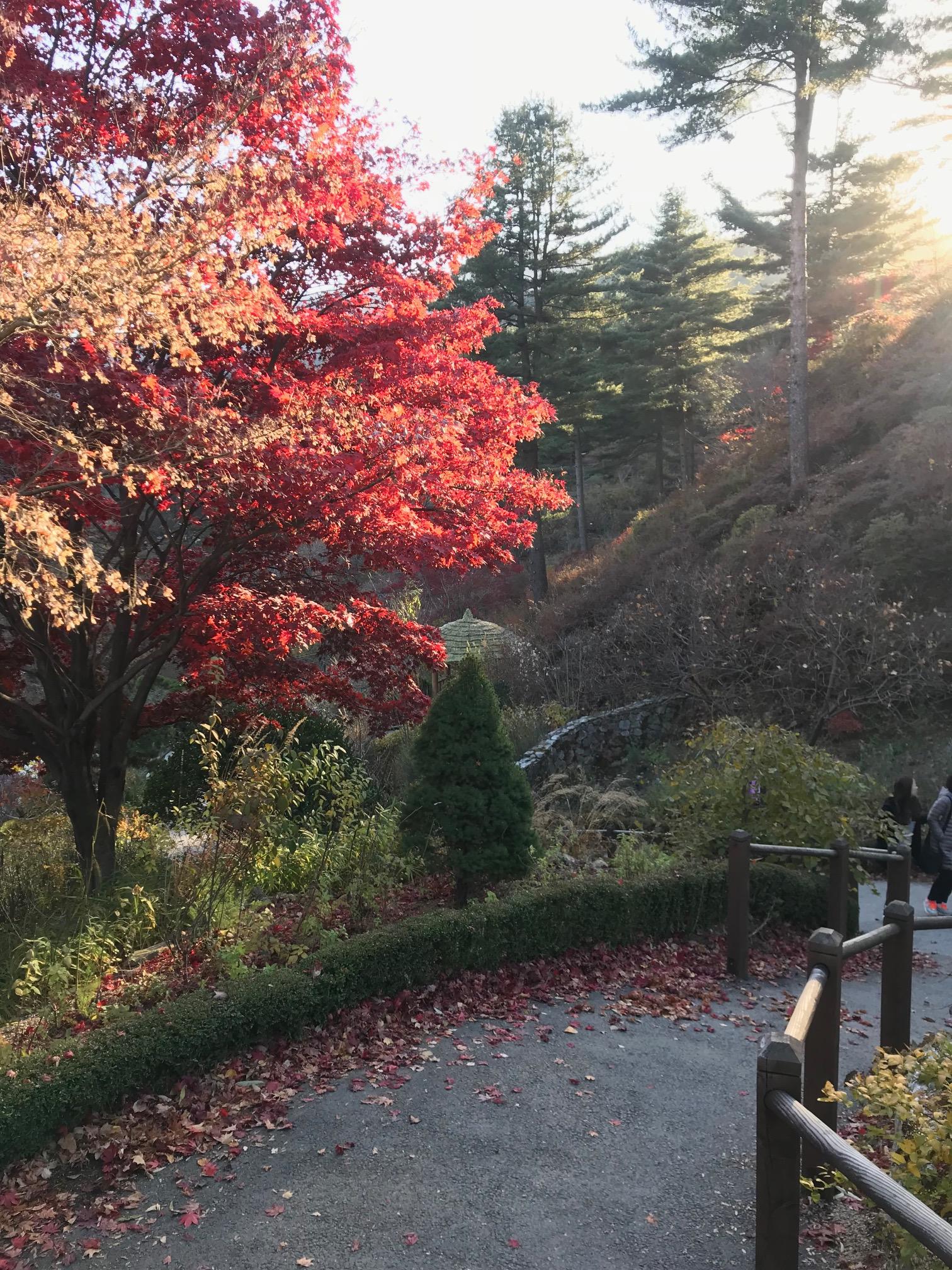 I thank everyone at Aclipse, the instructors during my training, my awesome head instructor, the staff at our school, my fellow teachers, my students and my friends. I owe every single one of them for having gifted me their time in one way or another to make this experience truly unforgettable. If you have any doubts about doing this, I say take the plunge and go for it. Trust me, it is not as crazy as it sounds, and you won’t regret it. After this year I lived in Korea it is something I recommend to everyone because it could not have gone better for myself.
And this was just my first year. Imagine just how incredible my second year is going to be. 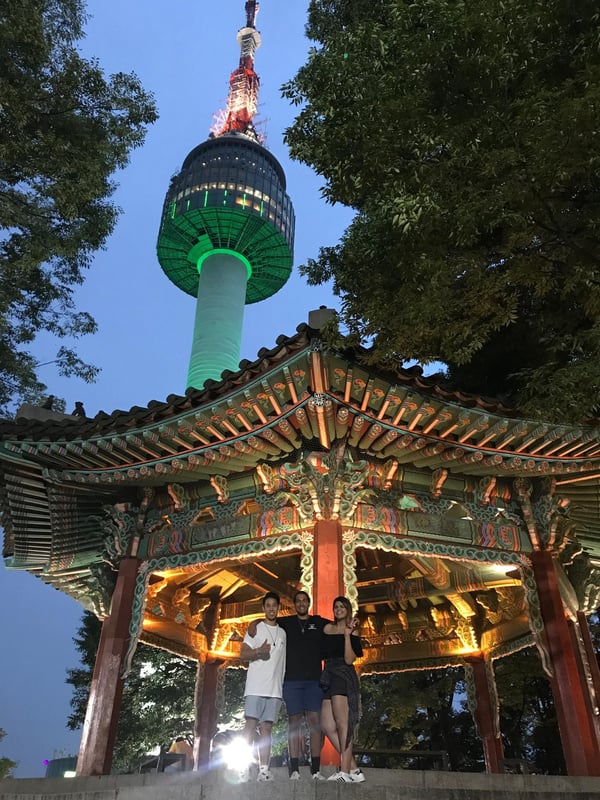 Maria Mino grew up in the eternal land of summer Miami, Florida and graduated from Florida State University with a degree in Studio Art. She was an intern for the Walt Disney Company and worked in the higher education field before deciding to be adventurous and put her skills to the test in South Korea. She worked for a year and three months at the Cheonan branch of ChungDahm Learning where she used her creativity and theatrical personality to teach children. After this outstanding adventure she decided to go back to Korea for a second year to write yet anotherchapter in her life. Also, because she misses the food there.